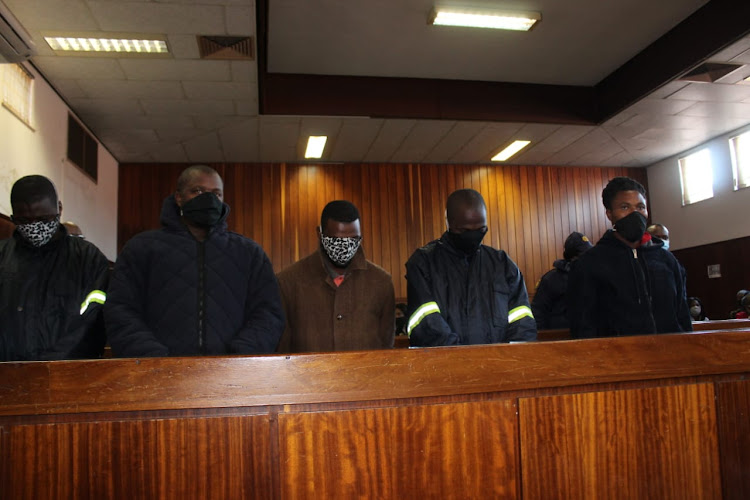 The death of ANC member Prince Manzini who was beaten to death during an ANC meeting has been labelled as “a result of ANC factions in Mpumalanga”.

Det-Capt Simon Mlotshwa, an investigating officer in the murder case against Nhlanhla Casey Mabuza, 37, Sikhumbuzo Lukhuleni, 33, and his brothers, Deon,27, Boet-Boet Duncan, 31, and Given Ngomane, told the KaBokweni magistrate's court on Wednesday that the fight that led to Manzini’s death was instigated by senior leaders of the ANC.  The five were arrested on July 17.

Though Mlotshwa could not name the instigators, he said the attendees of the meeting started fighting after disagreeing on an agenda of the meeting held on March 15 at Ward 32 at KaBokweni outside White River.

The meeting was meant to nominate candidates for the regional and provincial coal conferences.

Premier Refilwe Mtshweni-Tsipane and acting chairperson Mandla Ndlovu are contesting for ANC Mpumalanga chairperson position which was left vacant by deputy president David “DD” Mabuza when he was elected in the national executive committee (NEC) of the party in December 2017.

The ANC in Mpumalanga has failed numerous times to convene a provincial coalition general council to replace Mabuza and his then deputy Violet Siwela who was also elected in the NEC.

"The division within the ANC led to Manzini's death. Some of the accused are not members of the ANC, but were called from the outside to come and beat another faction.

There are factions called “Ngci” and “Focus”. The incident is instigated by senior leaders,” said Mlotshwa.

“During the fight many people were beaten, about 10 of them. We  are looking at about 15 people in the case and we have already taken statements and we are expecting them to be added in the case,” said Mlotshwa.

The accused are facing charges of murder, assault with an intention to cause grievous body harm (GBH), intimidation and public violence.

The case was postponed to September 29 to allow further police investigations.

ANC members in Mpumalanga have lifted the lid on what they believe is hooliganism used by warring factions as they fight to have their own people ...
News
1 year ago

It was ANC versus the ANC outside KaBokweni magistrates court on Friday during the appearance of five men accused of killing ANC member Prince ...
News
1 year ago
Next Article