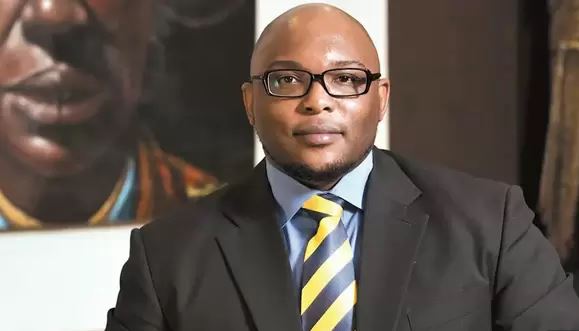 President Cyril Ramaphosa's son Andile says his company will save lives after it received R6m in funding to modify thousands of Gauteng taxis.

The modifications would allow the vehicles to comply with Covid-19 regulations.

The non-profit company SDI Force is fitting screens that will create a “driver-separation” capsule, window ventilators, sanitiser dispensers and changeable messaging boards in taxis. All these are aimed at preventing the spread of the coronavirus inside taxis, which are now allowed to carry passengers at 100% capacity for short-distance trips.

“Despite a few negative comments, SDI has had an overwhelmingly positive reception from media and businesses at large,” said Andile in a statement.

“We believe that this campaign will save countless South African lives, and that it goes directly to the heart of finding ways to face this pandemic head-on, and mitigate its effects.

“We have enabled taxi drivers and commuters with this initiative, but at the end of the day we advise all passengers to open windows in tight spaces, wear masks and sanitise regularly.”

Co-founder of SDI Force Brad Fisher agreed. “The millions of South African workers who rely on taxis to get to work to drive our economy, and the schoolchildren who rely on these services, are now safer as a result,” he said.

Speaking to TimesLIVE’s digital daily edition Times Select, Andile had said countries that dealt with the virus efficiently were those that tackled the issue from a public transport angle.

We haven’t engaged with this in the past, and as a result we have a potential disaster on our hands.

“Covid is a mobile disease ... SA has not dealt with our transport [issues]. It’s personal — the taxi industry has always been considered the pariah, despite [taxis being] used every day,” he said.

“We haven’t engaged with this in the past, and as a result we have a potential disaster on our hands. There is a lack of care from the public, and big business need to come to the party too. [They must] do something to make their employees’ lives safer.”

It costs R950 to modify each taxi. About 5,000 scholar transport vehicles in Joburg and 1,000 taxis commuting from Alexandra to Sandton have been earmarked for the installations under the “Adopt-a-Safe-Passage to Work/School” campaign.

Bridge Taxi Finance and FNB have reportedly funded the project. SDI Force has come out to say that “no government tender” was involved in the project.

KwaZulu-Natal businessman Mauro Martini, who created the screens and ventilators under partnership with SDI Force, told Times Select that the mission is to get Solidarity and big businesses to help fund the safety measures in taxis throughout the country.

But AfriForum has called on the public protector to check whether everything was above board with the non-profit company being given the multimillion-rand contract. It wanted to establish whether Andile's relation to the president had nothing to do with SDI Force getting the deal.

“Due to recent revelations of government corruption and looting of Covid-19 relief funds, it is in the public’s interest to establish whether Andile Ramaphosa received government support for this project and if this amounts to corruption,” said Monique Taute, head of the organisation’s anti-corruption unit.

“If him being the son of the president played any role in SDI receiving government funding, it may amount to corruption and must therefore be investigated.”

AfriForum highlighted that the president's son had been linked to a company riddled with dubious government-linked dealings before.

“Bosasa — which was rebranded as AGO months before it started to make monthly payments to Blue Crane Capital — made news headlines after it was alleged during the Zondo commission’s hearings into state capture that the company had paid certain ANC politicians and party leaders to ensure that it continued to receive government contracts.”

Andile earlier came out to defend his dealings with Bosasa, saying the R2m he had received from the company’s head Gavin Watson was above board.

“I want to categorically state that it was not a gift or a favour. We have work done and these projects existed [sic],” he said at the time.

“Over the year or so that the contract was in operation, Blue Crane Capital received a total of around R2m from AGO. Following revelations about AGO’s alleged business practices, we terminated the contract.”

AfriForum has called on Mkhwebane’s office to swiftly probe and reply to their concerns.

Attempts to contact the public protector's office were unsuccessful on Wednesday.

Meanwhile, Bridge Taxi Finance said it was happy to have co-funded the project.

“We admire what SDI Force has achieved and wanted to get involved,” said Vincent Raseroka, chairman of Bridge Taxi Finance.

“Adopt-a-Safe-Passage is crucial to both keeping our economy going and ensuring the safety of taxi passengers, and so we threw our full support behind it.”

SDI Force suggested that all its dealings will be transparent. “All funding is managed by an independent trust. This trust also provides for the establishment of a steering committee that includes funder representation, ensuring strict compliance,” said the company.

“The independence of the trust, its commitment to ensuring total transparency and the clear line of sight afforded to the funders give further credibility to the initiatives implemented thus far.”

President Cyril Ramaphosa says Bosasa boss Gavin Watson was at his son Andile’s wedding in Uganda in 2018 but has no recollection of any interaction ...
News
3 years ago

President Cyril Ramaphosa says Bosasa boss Gavin Watson was at his son Andile’s wedding in Uganda in 2018 but has no recollection of any interaction ...
News
3 years ago
Next Article