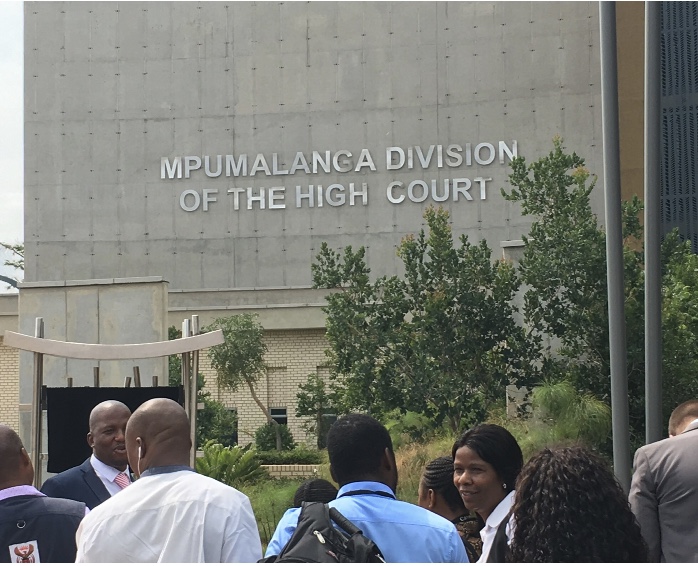 The trial against seven men accused of fatally shooting a farm manager and injuring his female companion during a robbery has been postponed because one of the suspects has reported Covid-19 symptoms.

The incident took place on July 17 2018 where the accused went to the farm and allegedly robbed the deceased and his wife of money and cellphones.

The seven suspects have not been asked to plead on a charge of murder, conspiracy to commit robbery with aggravating circumstances, kidnapping, two charges of pointing of a firearm, robbery with aggressive circumstances, possession of unlicensed firearm and ammunitions and attempted murder by the Mbombela division of the high court.

Before the trial could resume on Monday, Mkhabela said he had a sore throat and was coughing which were Covid-19 symptoms which led to him to be tested.

“My throat is sore and I have problem breathing and I’m coughing,” said Mkhabela through his lawyer.

“On Monday the accused [Mkhabela] complained about sore throat and coughing which are coronavirus symptoms. The court therefore suggested that he be tested… The accused has been placed on isolation after his test. The case was postponed to August 4 for trial,” said spokesperson of the National Prosecutions Authority Monica Nyuswa.