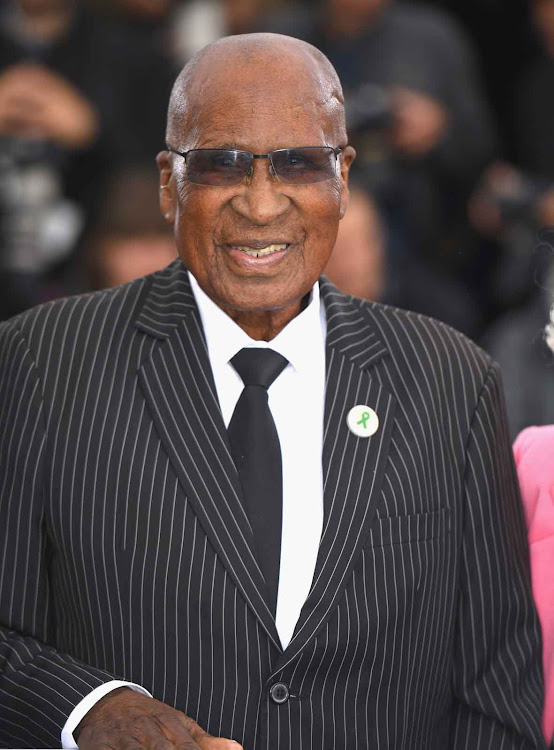 A long guard of honour on Tuesday afternoon welcomed the body of the late Struggle stalwart Andrew Mlangeni as he entered the gates of his Dube, Soweto house for the last time.

Mlangeni, who died last week following a short hospital stay, will be laid to rest on Wednesday in a Special Official Funeral Category 1.

The home of the late Rivonia trialist who spent close to 27 years imprisoned on Robben Island was a hive of activity as his body arrived at the house.

Family members, ANC officials and neighbours all lined up in silence on the cordoned off street as a group of ANC MKVA officials ushered his coffin into his home.

After a short prayer at his gate, a senior family member said a few words to the coffin and then ushered it in, saying “come in Mlangeni”.

Senior ANC member Thandi Modise said Mlangeni, who was known for his stern tongue in speaking out against corruption and wrongdoing, leaves the baton of ethical leadership to those, like her, who grew up on his teaching.

“What Mlangeni is leaving behind, the void he’s leaving shouldn’t be a void, we must stand up because he has handed over the baton he has said what he wanted to say.”

Modise said that the current crop of ANC leaders had to be honest in assessing whether they have truly led lives that emulated that of Mlangeni.

A life of always “trying to be upright, of confronting issues, of not looking at the colour or the accent of a person, of going after the truth, of correcting things, of sometimes being the only voice and being unafraid to stand up because you think whatever it is that is going wrong you need to stand up and speak on it,” Modise said at Mlangeni’s house.

Modise said that things went wrong in the ANC because leaders were too afraid to speak up.

“And that is what the great grand children of Mlangeni can be firm on. They will always hear that June died straight, Andrew died straight, they have everything to live for and honour the name of Mlangeni,” Modise said.

ANC treasurer general Paul Mashatile said Mlangeni along with those who fought for the freedom of the country were selfless and went to prison to create a better future for those who would come after them.

He said that Mlangeni always wanted to serve people with the highest integrity and was steadfast on anti-corruption and anti-wrongdoing.

“That’s what we, the young generation, must emulate. We must be able to make sure that the ANC is an organisation that people can love and respect,” Mashatile said.

“When there are people within our midst who are doing wrong things, who are involved in corruption, lets not just talk slogans, we must act against them. People mist know that we take this issue of corruption seriously, and that’s what we must learn from Baba Mlangeni.”

He said the generation of Mlangeni, Nelson Mandela, Walter Sisulu, OR Tambo and the other did not fight for the end of apartheid for self-enrichment.

“They didn’t do anything for serving themselves, they did it for the people and that’s what new generation of leaders need. That we must not do things because we are looking opportunities to enrich ourselves.

The late Struggle stalwart Andrew Mlangeni did not mince his words when he spoke out on various issues.
News
1 year ago
Next Article