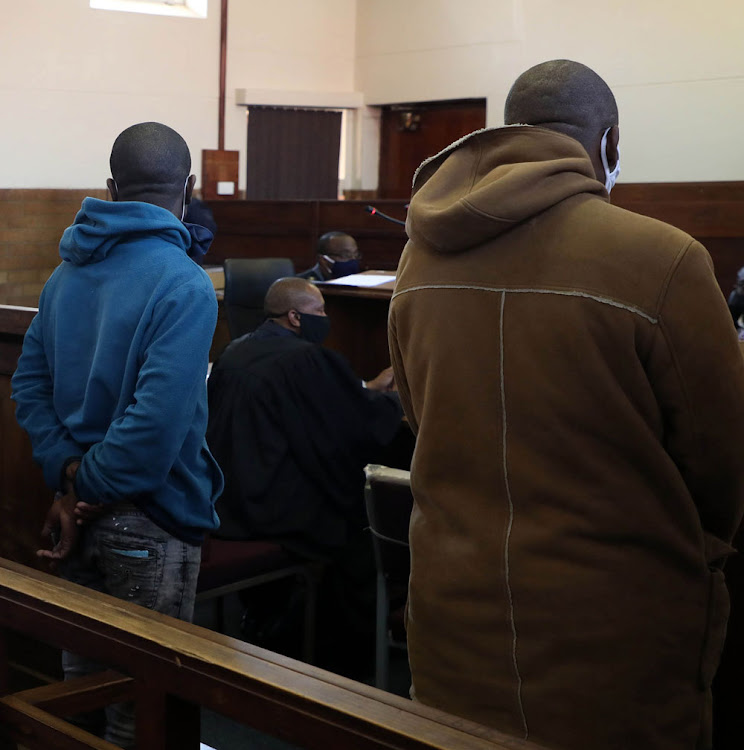 A total of 41 people are expected to appear in court on Monday in relation to the attack at the International Pentecostal Holiness Church.
Image: Antonio Muchave

People have started gathering outside the Westonaria Regional Court ahead of the appearance of 41 people in relation to the killing at Modise church.

Members of the public began arriving in court about 8am despite the court having a rule posted outside which says only subpoenaed witnesses and applicants in cases are allowed inside. As the queue leading to the church increased in length, so did the vehicles in the parking lot across the court.

Some of the groups arrived in minibus taxis while others were in private vehicles. The people got out of their vehicle and simply stood from a distance observing as journalists mounted cameras outside, ahead of the court proceedings.

A total of 41 people are expected to appear in court on Monday in relation to the attack at the International Pentecostal Holiness Church.

A group of over 40 people stormed the IPHC headquarters in Zuurbekom on July 11 and the attack ended up in a hostage drama. Five people were killed and over 40 were arrested that weekend.The attack sent shock waves across the nation prompting even the minister of police to meet with the some of the factions of the church.

The Leonard Modise faction of the church blamed the attack solely on his half brother’s faction Michael Sandlana. Fights at the church have been going on since the death of Reverend Frederick Modise in 2016.

The siblings matter is currently before the courts. The Commission for the Promotion and Protection of the Rights of Cultural, Religious and Linguistic Communities (CRL Rights Commission) met with the warring factions last week in order to find a solution to the fights.

Church leaders ought to have a proper succession plan in order to prevent conflict when they die. This is the view of David Mosoma, the ...
News
1 year ago

Parties agreed on the following:

-each group must remain where they are currently located subject to the leadership court case;

-groups have to respect each other; and that no leader should incite or instigate any form of violence towards the other parties;

-each group upholds the agreement entered into by their respective legal teams, before the court, as mandated by each church; and

-that all churches converge annually at the headquarters in Silo, Zuurbekom for pilgrimage and church rituals, and that all leaders come to the table with other leaders who are willing to cooperate with one another.

The commission will continue engaging leaders of the factions and hopes to conclude the discussion in the next two months. Some of the accused have brought legal heavyweights such as Barry Roux to represent them in court.