Mental evaluation for KZN woman who posed as a medical intern 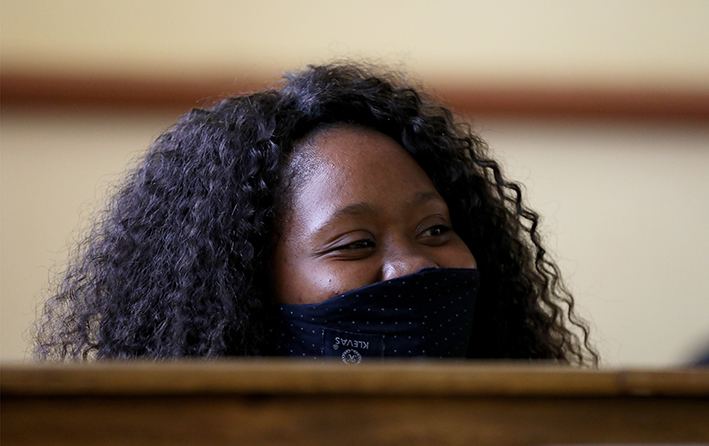 Jozini woman Nokwanda Nldovu made an appearance in the Nkandla regional court on charges of fraud. A magistrate has ruled that she will be assessed at Fort Napier psychiatric hospital.
Image: Sandile Ndlovu

A 23-year-old KwaZulu-Natal woman, Nokwanda Ndlovu, will soon exchange her civilian clothes for a hospital gown.

This after Nkandla regional magistrate Morne Swanepoel on Monday ruled that the woman be sent to Fort Napier hospital for mental evaluation.

Ndlovu, who was represented by a legal aid lawyer, made a short appearance in the Nkandla regional court on a fraud charge for allegedly posing as a medical intern at a hospital in Nkandla.

The court heard from a report compiled by a psychiatric specialist that Ndlovu had no signs of psychosis, however the psychiatrist could not make a conclusive determination on her mental state as she failed to appear for a second session.

“Based on my initial assessment there were no obvious signs of psychosis. I was not able to carry out the second examination since the accused did not arrive for the second appointment.

“I was not able to determine if there was any personality disorder. I recommend that Miss Ndlovu be referred to Fort Napier hospital for further observation and psychological testing,” the report concluded.

Sunday Times reported that Ndlovu, a high school dropout, is facing criminal charges for posing as a medical intern after convincing five KwaZulu-Natal hospitals and clinics she was a medical student from Wits. She spent at least two years at various public health facilities.

Ndlovu is out on R1,000 bail and will be sent to Fort Napier as soon as a bed is available.

The case is expected back in court in September.

Wits University has no record of a Nokwanda Ndlovu ever being a registered student at the institution, registrar Carol Crosley told TimesLIVE on ...
News
1 year ago

The department of health in KwaZulu-Natal has confirmed that it is investigating allegations of a "bogus" medical student who worked at hospitals ...
News
1 year ago
Next Article