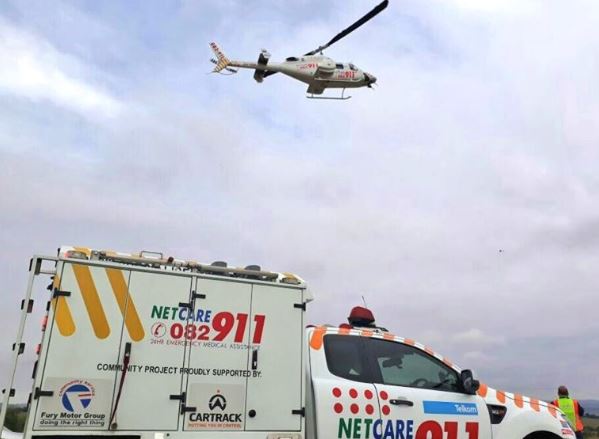 Netcare 911 paramedics treated a mother and child at the scene before they were transported to hospital for further treatment. File image
Image: Netcare 911

A five-year-old boy and his mother were bitten by their dogs on Sunday evening.

A family member said the two dogs had been fighting with each other when the five-year-old ran towards the house.

"The two dogs turned their attention to the young child and he suffered serious trauma after being bitten. The mother  intervened and was bitten multiple times."

Mother and child were treated at the scene before being transported by ambulance to hospital for further treatment.