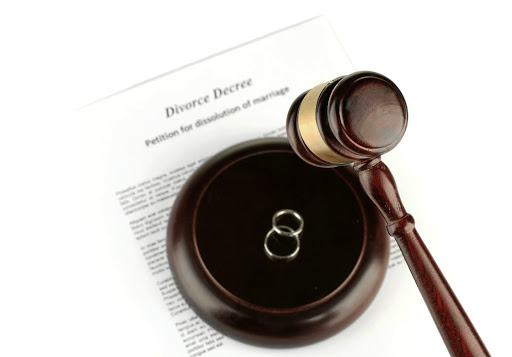 A top Limpopo politician, embroiled in a messy divorce, has asked his wife to move out of their home as he can no longer stand her alleged emotional abuse. The wife has until end of July to vacate the place. /123RF

A senior member of the Limpopo provincial legislature is embroiled in a messy divorce which has been characterised by a string of vicious allegations and counterclaims which include threatening behaviour, abuse, blackmail, witchcraft and a family murder.

The standoff between the high-profile couple has seen the powerful politician last week slapping his wife with an order to vacate the house as he wants her "to look for alternative accommodation".

He claims to have done this after realising that the property, which is being leased from the provincial department of public works, "might end up being used as a battlefield for this divorce."

The names of the couple are being withheld to protect their children's identities. The kids are aged two, five, 10 and 20.

The wife confirmed to Sowetan that she is set to vacate the house with her children at the end of July and that they have nowhere to go.

"He is not telling us where to go. I can't go to the streets with my children after 20 years of marriage. I told him to divorce me first. Then we will move out with my children," she said.

She said the two have been staying together since 1999 and in 2014 got married in a traditional wedding. She said her marriage became a "nightmare" after she was involved in a car accident when she was pregnant with their fourth child in 2017.

"The car was beyond repairs and I was lucky to be alive. He told me that his car was damaged and that I came to destroy his properties," she said.

She said that after the accident she was subjected to further verbal abuse as her husband labelled her a witch.

A Limpopo soccer boss is embroiled in a bitter battle with his second wife as their divorce takes a nasty turn.
Sport
2 years ago

"He would come home and accuse me of bewitching him. He wouldn't eat the food I prepared. He would call me a witch in front of my children," she said.

The woman, a nurse at a private hospital, claimed her husband won't pay school fees for his children as a result of the tension between them.

"I have approached my family to convene a meeting with his family, but it was rejected. I have suffered under the hands of my husband who continues to abuse me," she said.

In one of the recordings believed to be a squabble between the politician and his wife, the man could be heard shouting, "You must leave here, this is my workplace. You want a dead body from the family, you are not tired of breaking my belongings."

The wife said the incident happened on July 3 as the man came back home furious and demanded that they immediately move out.

In a letter dated February 2 2020 to the secretary of the provincial legislature Simon Mothoa, the politician said he had been subjected to noise and harassment by his wife and daughter.

The man claims his wife has also accused his mother of witchcraft and even went further to suggest that his wife might have information about the death of his younger brother who was killed in July last year.

He did not offer any information to back up this claim except to say: "As a family we will fully welcome any information regarding his death as his killers are still at large and if she [his wife] knows something about his death or if she is implicated in his killing, we could welcome that information as it will give us a breakthrough and perhaps at last his soul may rest in peace if we can get such information."

However, his wife dismissed this allegation saying she knew nothing about the death of her late brother-in-law.

"I was equally shocked when he accused me of killing him. If he knows I killed him, he should go to the police and report me," she said.

Turning back to the issue of why he has taken a decision to have his wife vacate the house, the man told Sowetan that in March, he "requested her to vacate the house within 30 days since I can't stay under the same roof with her due to trust breakdown.

"The situation in the house has since deteriorated where even departmental property under my custodianship has come under serious threat."

He further said that he felt unprotected by the police and the department of public works as a public representative who signed the lease agreement.

The police have on several occasions been called to the house during the stand-off between the couple.

THE marriage of former Limpopo MEC for roads and transport Pinky Kekana has reached the end of the road. Kekana, who is the mother of University of ...
News
7 years ago

In an e-mail sent to Sowetan on Monday, the man said that he wrote "a letter to the department on the 2nd of July indicating my intention to terminate the lease agreement on the 10th of July and my attorney has once again alerted her attorney about the need for her to look for an alternative accommodation where we will both share the responsibility.

"The department has granted my request on the 10th of July and has given us until the 31st of July and my attorney has once again alerted her attorney with the same commitment to take joint responsibility in terms of the costs.

"At the beginning of this, there have been all manner of things that were meant to threaten, bully and humiliate me which were always accompanied by threats that I will be destroyed by being exposed to the media.

"It was as a result of this behaviour that I finally initiated divorce proceedings in February this year . to free myself from persistent emotional abuse that was always aimed at tarnishing my reputation.

"Accordingly, I have instructed my attorneys to request her alone [not the children] to leave the parliamentary village as I cannot live under one roof given her abusive behaviour."

He confirmed that a letter has been sent to his wife's attorney on March 16 "giving her 30 days to look for an alternative accommodation where if needs be there would be sharing of costs particularly if she will insist on taking kids as per her initial request on the divorce".

The department of public works and infrastructure head Timothy Seroka has approved the politician's instruction to terminate the lease agreement.

He said in a letter: "Kindly note that the department has no objection in terminating the lease agreement of the above mentioned house as per your instructions.

With the decade coming to a close, SA has seen some hot celebrity hook-ups and nasty break-ups.
Entertainment
1 year ago

My wife abuses me emotionally and physically

I dread going home every day because I don't know what sort of mood she is in. I READ your your column every week and it appears that only women ...
Good Life
8 years ago
Next Article