Black youth tackle learning in the face of Covid-19 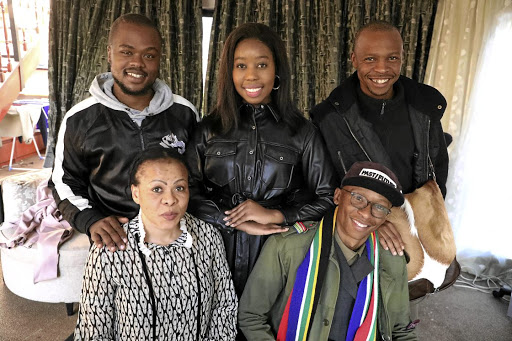 A non-profit organisation run by black youth has set up an online platform to discuss solutions that will help bridge the digital divide and address learning during the Covid-19 pandemic in the Ekurhuleni communities.

The organisation, named the Catalyst Movement, which was founded 10 years ago by then students at the Tshwane University of Technology, is already negotiating with signal distributor Sentech to come on board to provide digital content delivery services for the Ekurhuleni communities, including townships.

The group, led by Eugene Skosana, 29, its president, aims to help come up with tangible anti-Covid-19 remote-learning smart classrooms solutions and partner with other like-minded companies in the rolling out of an ambitious digitalisation project which may see one million devices distributed to pupils in Ekurhuleni.

The organisation wants even informal traders, including hawkers and those selling vegetables on street corners, to be able to trade online and reach as many clients as possible within their communities.

The Catalyst Movement, which has about 50 members, mainly graduates, this week started an online colloquium in which they have invited teachers, pupils, school governing bodies and student unions to partake in a conversation which seeks to develop solutions.

Skosana said they have already received funding commitments amounting to more than R1bn from various organisations.

"In the colloquium, we expect constructive criticism and innovation with regards to continued learning during and after the current pandemic, focusing on anti-virus solutions for homes and classrooms," Skosana said.

“They are threatening our future. This year is already hard with Covid-19,” says matric student.
News
1 year ago

He said the colloquium started on Mandela Day as a way of dedicating their next 670 hours of their lives towards coming with anti-Covid-19 solutions for homes and schools.

Skosana said they were starting their project, which aimed to bridge the digital divide in Ekurhuleni, as it was Africa's industrial hub with many industries based in the region.

Skosana said their ultimate aim was to connect over 660 schools within the Ekurhuleni region to enable "phygital" education, especially among those in impoverished communities.

He described "phygital" education as a process whereby the physical aspect of learning is infused with the digital to enable pupils to remain globally competitive during and after this current pandemic, while also acknowledging the digital economy.

Sentech has confirmed that it was involved in negotiations with the Catalyst Movement on a community digital connectivity project.

Sentech spokesperson Milisa Kentane said: "Sentech is aware of the project and it is still under discussion between the parties."

DA leader John Steenhuisen has slammed President Cyril Ramaphosa's decision to close public schools for a month, saying the president has “bent the ...
News
1 year ago

All public schools must close for a month, President Cyril Ramaphosa said on Thursday, with matrics taking a week off, and grade 7s two weeks.
News
1 year ago

As the country waits with bated breath for the government's announcement on the status of schools on Thursday, the department of basic education has ...
News
1 year ago
Next Article