'This is tantamount to high treason': home affairs official fired for selling visas 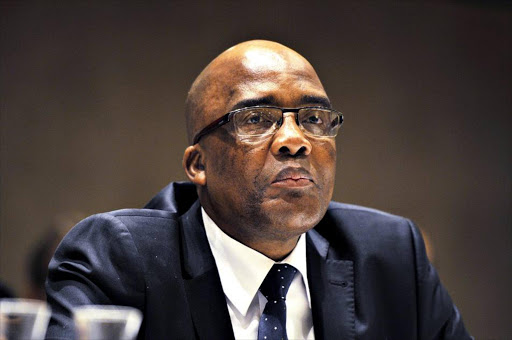 The home affairs department has revoked more than 100 visas that an official based in Windhoek fraudulently issued to Pakistan and Bangladesh citizens.

Home affairs minister Aaron Motsoaledi, addressing parliament during the tabling of his department's budget vote for 2020/2021 in the National Assembly on Wednesday, announced that the secretary of civic services based in Windhoek, Namibia, had recently been fired after he was bust selling visas to non-qualifying people in Pakistan and Bangladesh.

“The scheme was so simple for them that fraudsters did not even need to travel to Namibia to get the documents. They just couriered to them and they were delivered on a silver platter,” said Motsoaledi.

“This official has not only been fired. We've handed over the files to the Hawks to pursue prosecution for fraud and corruption. The department has revoked 100 visas obtained in this manner.

“I can't claim in front of the house that these are all the visas that are fraudulent because we do not know, hence we are busy auditing all the visas issued by this official since she's been deployed in our mission in Namibia in October 2018.”

Motsoaledi also complained that labour unions representing employees of his department appeared not to be keen to help him eliminate corruption in the notorious department, citing the manner in which they handled the matter of the axed Windhoek official.

What this lady was doing is tantamount to high treason, selling the sovereignty of the country to the highest bidder.

“I'm elevating this matter because I wish to take this opportunity to talk to our unions. We accept and understand that unions have an obligation to defend their members, but the manner in which the union to which this lady belonged tried to stifle our [disciplinary]  processes leave a lot to be desired,” he said.

“I don't believe that union membership is bigger than patriotism. What this lady was doing is tantamount to high treason, selling the sovereignty of the country to the highest bidder. The police have arrested several other officials for fraudulent activities in the department of home affairs.”

Motsoaledi also announced that his department was extending all permits and visas that were due to expire during the lockdown from the end of July to October 31.

He then turned to amendments to the Electoral Act ordered by the Constitutional Court to allow independent candidates to contest national and municipal elections.

He said it was not true that the governing ANC was determined to frustrate the process with the intention of delaying the implementation of the amendments ahead of the next general election in 2024.

“There are rumours swirling around that some parties in parliament are very reluctant or not willing to make these amendments or at least to make it in time for the next election,” he said.

“I wish to reassure the nation that this is not the case. As far as the party I represent is concerned ... the ruling party is committed to make the necessary arrangements for the Constitutional Court ruling to be honoured.”