Umlazi magistrate who was soft on child rapists suspended 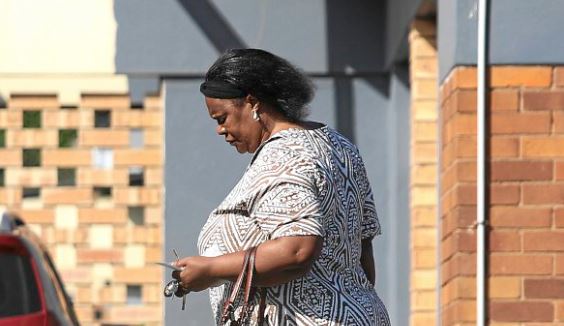 Controversial Umlazi magistrate Kholeka Bodlani, who is accused of being soft on child rapists, has finally been suspended, a year after the Magistrates' Commission became aware of her “shockingly lenient sentences”.

So far, at least eight of her “glaringly wrong” sentences, some of which saw the rapists walking free with wholly suspended sentences, have been overturned on review by judges in KwaZulu-Natal and several others are in the pipeline.

Bodlani presided over the sexual offences court until late last year when she was assigned to a general court.

However, she was still dealing with part-heard child sexual offences matters.

While the commission put her on terms to say why she should not be suspended in January this year, it failed to act on this and, the Sunday Times reported two weeks ago, she remained on the bench.

Paroled KZN child rapist goes back to jail for life

A third child rapist initially given a “slap on the wrist” by Umlazi magistrate Kholeka Bodlani was resentenced on Monday and is now serving life ...
News
1 year ago

In a statement on Wednesday, minister of justice and correctional services Ronald Lamola confirmed that Bodlani had been provisionally suspended.

“A judicial quality assessment of Ms Bodlani’s work revealed serious irregularities and shortcomings, most notably that a number of her cases had to be sent on special review, as several had serious shortcomings and incompetent sentences.

“In almost all the finalised cases which were assessed, Ms Bodlani imposed sentences where the accused were cautioned or strongly remanded or wholly suspended.

“The reviewing judges raised serious questions as to her suitability.”

Bodlani will face a disciplinary hearing.

Deputy minister John Jeffrey conceded during a radio interview on Wednesday that the investigation had taken too long but said “due process had to be followed”.

Allison Tilley of Judges Matter said Bodlani’s suspension was a victory for the media - which had exposed the issue -  and civil society, but “there is a trail of damage and how do we fix that?”

Complainants would have questioned whether they should have even laid a charge.

You know when you have to re-read a simple newspaper report two times, mainly because you don't want to believe what you've just read?
Opinion
1 year ago
Next Article