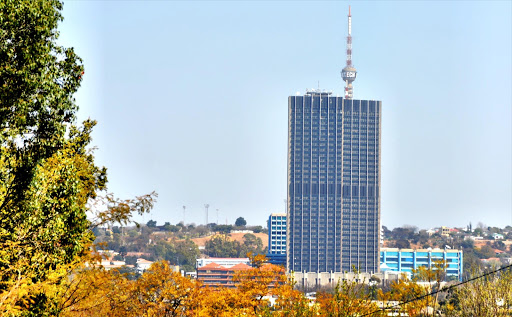 Deputy communications minister Pinky Kekana told MPs on Tuesday night that there was nothing untoward about the government's objection to possible retrenchments at Auckland Park.
Image: Reuben Goldberg

The ministry of communications says that as the SABC's sole shareholder, it has every right to order the public broadcaster's board and management to suspend the planned retrenchment of workers.

Deputy communications minister Pinky Kekana, who has been delegated by minister Stella Ndabeni-Abrahams as the new political head of the SABC, told MPs on Tuesday night that there was nothing political about their objection to possible retrenchments of hundreds of employees at Auckland Park.

Kekana said their decision to ask the SABC board and management to suspend job cuts was a legitimate intervention they were allowed to make as government shareholder representatives at the cash-strapped broadcaster.

"I have a responsibility on behalf of the department, as a shareholder representing the department and the ministry on issues that we think have not been attended to accordingly, to advise," she said.

She added that she had recently met with the leadership of the biggest labour unions at the SABC - the Broadcasting, Electronic, Media & Allied Workers Union (Bemawu) and the Communication Workers Union (CWU) - who told her they had never been consulted by the public broadcaster's management on the looming laying-off of workers.

"I am on record, speaking under oath that I made with the presidents of both CWU and Bemawu, and they are saying they were never involved. Amongst all of us, we're saying we’re alive to all of the challenges that the SABC is confronted with. It's historical and no one says some of these things should not be attended to. The important thing is the rules of engagement," said Kekana

But the argument was rejected by DA MP Phumzile van Damme. She said while it was undeniable that the SABC had a bloated staff compliment and wage bill, it was concerning to see government ministers issuing what amounted to "political instruction to the SABC" board and management.

Communications Minister Stella Ndabeni-Abrahams has reportedly “gone to war” with the board of the SABC over looming retrenchments at the broadcaster.
News
3 years ago

The SABC had previously told parliament that it needed to cut its salary bill by up to R700m by reducing its workforce as its revenue plummeted due to inadequate advertising as a result of Covid-19.

The broadcaster warned that it would once more be forced to return to the government with cap in hand should the retrenchments not be allowed to go through.

But ANC MPs are opposed to the planned jobs bloodbath and even blocked the SABC board and management from addressing them during a meeting that ran for more than two hours on Tuesday night.

"It's not like the committee is more informed by an election that comes or doesn't come," said ANC MP and committee chairperson Boyce Maneli.

"Sending [retrenchment] letters to everyone - the committee view was that it just sends panic and instability in the SABC as a whole because at this point in time, the SABC is unable to even identify who are these ... that you are retrenching when you're still consulting unions."

The SABC was due to make yet another appearance before the communications committee on these and other matters on Wednesday night.