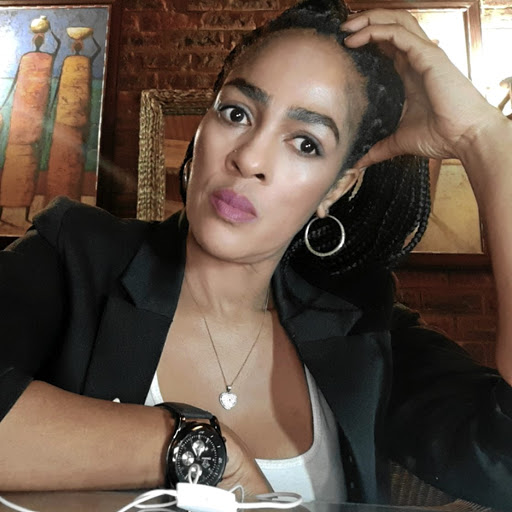 Thabisa Ralawe has opened an intimidation case against a church leader. /SUPPLIED

Life has not been easy for Thabisa Ralawe ever since she mustered up the courage to expose a controversial pastor for his alleged bogus healing.

In an exclusive interview with Sowetan this week, Ralawe said the past two years had been the most difficult part of her life after she exposed shenanigans at the church and that she still lives in fear.

The pastor, whose passport shows a different name to the one he is known by, is from Zimbabwe He publicly apologised to Ralawe on a video which was posted on YouTube recently and which was also uploaded on his Facebook page in which he admitted to performing fake miracles and running a cult.

Th pastor shot to prominence with his miracle healing performances, including of wheelchair-bound people, before Ralawe spilled the beans. She had served as the church's public relations officer.

Referring to the apology, Ralawe said: "I don't take his apology seriously as he did not look sincere. He was just smiling right through the apology.

"When I asked him why he decided to apologise now, which is two years later, he said he had repented and had to face God. The apology was part of his journey. However, he failed to tell me what he was apologising for."

Learner transport driver Luvuyo Gerald Hendricks was on Wednesday given two life sentences in the Wynberg magistrate's court for two counts of raping ...
News
1 year ago

A group of the LGBTQI+ community members and allies gathered to picket at the KwaDwesi police station in support of a 29-year-old Port Elizabeth man ...
News
1 year ago

She said over the two years since she exposed the pastor, she had received death threats, had her car tyres slashed and lost income after he allegedly accused her of being bitter for him turning down her sexual advances. Ralawe denied the allegation.

"I received three-year contracts from different nonprofit organisations for motivational talks and to empower girls and divorced women. After the allegations... they pulled out because of reputational damage."

Ralawe said her "problems started when I was introduced to the church in June 2017".

"That is when I met him. He was being attacked on social media about the seminar he was going to host to address single people who did not want to abstain [from sex before marriage].

"I managed to calm the situation. That's when he offered me a job as the church's PRO."

Ralawe said there was something that always bothered her in the church during prophecies.

"He always wanted the congregation to close their eyes but one day I decided to keep my eyes opened. That is when I discovered that there were people guiding him to choose congregants he would prophesy about.

"He had a list of people with their professed problems and he would pretend as if he was directed to a person by God.

"I also realised that he had a couple of actors from different provinces. There was a girl from Durban who told the church her tongue was cut by her baby daddy. She was given water to drink and immediately she regained her tongue.

"There were many miracles that did not make sense and I felt so bad to be part of the scam.

"I am trying to get my life together but at the moment I feel that the police had failed me [and] the pastor has since moved from East London."

Eastern Cape police spokesperson Khaya Tonjeni confirmed an intimidation case was opened by Ralawe. "There are no arrests that have been made and the investigation continues," Tonjeni said.

The pastor did not respond to questions sent via text.