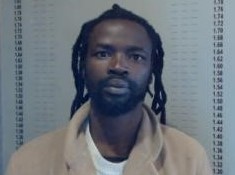 Police are asking for the public's assistance in locating murder suspect Thando Mtshabe, who skipped bail after he was arrested in 2017.
Image: SA Police Service

Western Cape detectives have asked the public to help find two suspects linked to a murder and a rape case.

Philippi East police released a photo of murder suspect Thando Mtshabe, who disappeared after he was released on bail at Athlone magistrate's court in June 2017.

“He appeared in court. However, he was bailed out and never came back for court proceedings. A warrant of arrest was issued,” said Makikela.

Cape Town Central police are hunting for a suspect in connection with a rape on May 8.

“It is alleged  the suspect accompanied the complainant on a taxi trip to Cape Town central,” said Majikela. “According to the complainant, she was not familiar with the area and the suspect told her he would show her where she needed to be."

The man took the woman to a train yard in Culemborg, near the city centre, and threatened her with a knife before robbing and raping her.

Five Mpumalanga ANC members have been arrested in connection with the murder of a fellow member who was beaten during a meeting meant to nominate ...
News
1 year ago

A 19-year-old KwaZulu-Natal mother died from internal injuries after a brutal assault in Sweetwaters, outside Pietermaritzburg, on Monday.
News
1 year ago
Next Article