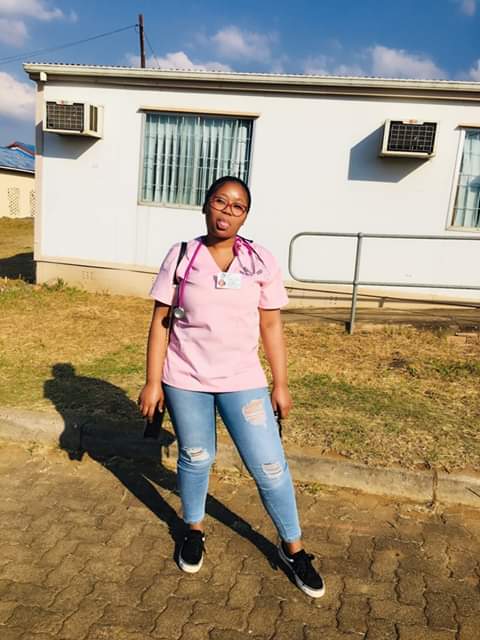 Police have arrested Nokwanda Ndlovu for fraud after she claimed to be a medical student.
Image: Supplied

Wits University has no record of a Nokwanda Ndlovu ever being a registered student at the institution, registrar Carol Crosley said on Monday.

“The university is obliged to correct misinformation in the public domain and, as such, can confirm that Ms Nokwanda Ndlovu was never a registered student at the University of the Witwatersrand. The university will, on request, provide the necessary information to the relevant authorities,” Crosely said.

The statement comes after Sunday Times reported that Ndlovu, a high school dropout, is facing criminal charges for posing as a medical intern after convincing five KwaZulu-Natal hospitals and clinics she was a medical student from Wits.

It has emerged that the 23-year old, who hails from Jozini in northern KwaZulu-Natal, spent at least two years at various public health facilities. She claimed she was studying medicine.

Last week Crosely told Sunday Times: “Whilst the information you are requesting is regarded as personal, we would be able to verify this if you were able to provide us with statements which the person has made in the public domain, eg in LinkedIn or on a social media platform.”

However, after a number of social media posts from current and former Wits students claiming that Ndlovu lived at a university residence reserved only for medical students, Crosely said that Ndlovu has never been a student at Wits.

The department of health in KwaZulu-Natal has confirmed that it is investigating allegations of a "bogus" medical student who worked at hospitals ...
News
1 year ago

Police in KwaZulu-Natal confirmed that Ndlovu had been arrested for posing as a doctor.

“A case of fraud is investigated by Nkandla SAPS. A 23-year-old suspect was arrested for fraud after she posed as a doctor at a hospital in Nkandla. She was arrested last year. She will appear in court again on July 27,” Capt Nqobile Gwala said.

A spokesperson for the provincial arm of the National Prosecuting Authority, Natasha Kara, said Ndlovu is out on R1,000 bail after her first court appearance.

The department of health in KwaZulu-Natal on Sunday also confirmed that it is investigating allegations of a “bogus” medical student who worked at hospitals in the province.

A 24-year-old man hoodwinked the Mamelodi Hospital into accepting him to work as a student doctor while he did not have qualifications.
News
2 years ago

“I must also indicate that we are conducting our own investigation and as soon as we are able to speak to the matter, we will do so,” MEC Nomagugu Simelane-Zulu said.

Sunday Times tracked down Ndlovu to her home in Jozini, where her mother claimed she was not at home. She, however, confirmed that her daughter was not a medical student.

“No, she never studied medicine or anything health related, but contact her lawyer because there is a case and I am not supposed to speak to you,” she said.

A cellphone number provided by the mother for a lawyer turned out to be unrelated to the fraud cases against Ndlovu.

Queries sent via SMS to two numbers for Ndlovu and her mother were not answered.

Teachers at the last known high school Ndlovu attended said Ndlovu dropped out in June when she was in grade 11.

Umalusi, the Council for Quality Assurance in General and Further Education and Training, was unable to verify if Ndlovu was in possession of a matric certificate.

“Unfortunately, due to the Protection of Personal Information Act, Umalusi cannot share the personal details of people on its database without the permission of the candidate,” Umalusi spokesperson Lucky Ditaunyane said.

The Health Professions Council of South Africa's communications manager Priscilla Sekhonyana confirmed that Ndlovu's name did not appear on any of its registers.