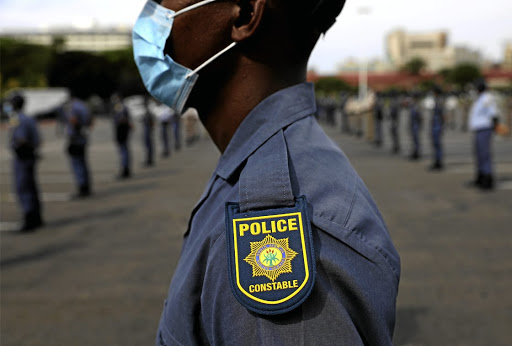 There are concerns over lack of personal protective equipment for SAPS members.
Image: SANDILE NDLOVU

More than 100 SA Police Service (SAPS) members are being investigated and some have been suspended for contravening disaster management regulations during the lockdown period.

This is according to a report tabled before the Covid-19 Steering Committee within the SAPS, which also detailed how police officers have been battling with the virus.

As of July 13, 109 people working for the SAPS were facing disciplinary action and 19 had been dismissed for contravening disaster management regulations and related serious offences.

Mncedisi Mbolekwa has been hailed as “a gallant fighter for workers’ rights who was not scared to speak truth to power”.
News
1 year ago

Ten of those dismissed were in the Western Cape, followed by Eastern Cape with five while Gauteng and KwaZulu-Natal both had two.

The report was presented before the committee on Tuesday. The steering committee, which also includes unions, monitors all the Covid-19 compliance and decides on what action should be taken on the problems identified.

A total of 52 people have been suspended for contravening Covid-19 regulations. These people work in the police stations across the country.

Of the 1,155 police stations in the land, 46 did not have access to adequate personal protective equipment (PPE) such as face masks and sanitisers.

Over 400 had the equipment, but it could only last a period of less than seven days.

A total of 635 police stations had enough PPE to last them more than seven days.

According to the report, there were 188 police stations that are currently temporarily closed due to Covid-19 infections.

Police and Prisons Civil Rights Union (Popcru) said it was concerned with the suspensions.

"We are concerned about it, but we are doing something about it. There are different reasons why people get suspended in the police force. It is not something I would be able to elaborate on. However, as a union, we are doing our best in representing members," Popcru spokesperson Richard Mamabolo said.

Lirandzu Themba, spokesperson for police minister Bheki Cele, said he had already warned officers against breaking rules they were meant to enforce earlier this month.

Themba said the information contained in the report seen by Sowetan is "before the Steering Committee and SAPS remains confident in its internal disciplinary processes of transgressing members".

She added: "PPE supplies at all police stations are monitored via a dashboard where we see the stock numbers and this allows us to act quickly to procure where necessary. Where there are low numbers, supply chain is attending to the matter to avoid stock-outs."