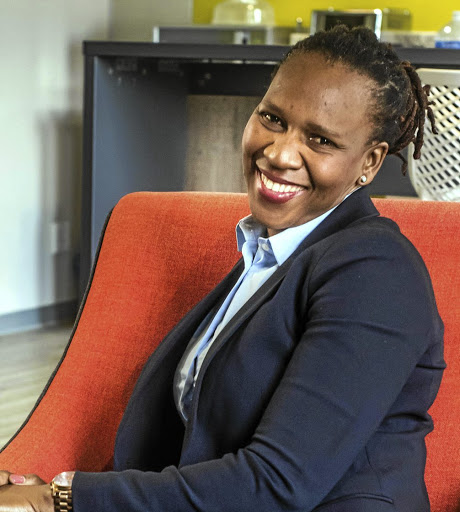 Noqobo Bongoza was recognised as one of the women in engineering during International Women in Engineering Day last month.
Image: SUPPLIED

Noqobo Bongoza is one of the few women in civil engineering who are breaking down barriers to make it in this male-dominated industry.

The 40-year-old was recently recognised during the International Women in Engineering Day last month. The day is celebrated each year to recognise the valuable contribution of women in the engineering field and to encourage more young women to consider careers in engineering.

Bongoza was announced as a finalist in the category of Engineering Professional of the Year at the South African Professional Services Awards (Sapsa) in the same month the day is celebrated worldwide.

Bongoza, who grew up in Idutywa, Eastern Cape, joined the engineering world in 2004 as the project manager for Hatch infrastructure group.

She is currently an assistant project manager to Metsi a Senqu-Khubelu Consultants, a joint venture between South African and Lesotho engineering consultants.

She obtained her national diploma in civil engineering and bachelor of technology degree in water engineering.

Bongoza said to be recognised as one of the international women in engineering was such an important honour for her.

"I am one of the few women in the male-dominated environment which proves that it is not gender that matters, but the ability to do the work.

The University of Cape Town (UCT) Council has for the first time in its more than 100 years of existence elected women as its Council’s chair and ...
News
1 year ago

"One of the most fulfilling aspects of civil engineering is the socioeconomic benefits related to provision of infrastructure. However, it is disappointing that the general public does not understand the value of engineers until there is a failure or a display of inadequate infrastructure," she said.

Other women engineers who Bongoza has worked with are Innocentia Mahlangu, a project manager and senior civil engineer, Yankho Banda, a traffic and transport planning engineer, and Tumisang Maphumulo, a corporate specialist for the line engineering services at Eskom.

Bongoza said that it was her late mother who introduced her to civil engineering. "I was certain that I would not do any course that incorporated chemistry and I opted to study land surveying.

SA teacher wins gong for his efforts in China

It was Ndumiso Chili's unique pupil-centred teaching methodologies that earned him an award as the best international teacher expert of the year.
News
1 year ago

"However, my late mother, who was very inquisitive, read a brochure that contained information about civil engineering. She encouraged me to pursue this course as it offered a diverse scope compared to land surveying. She continued being my motivation throughout my career and I hope wherever she is, she is proud of me," she said.

Bongoza said what satisfies her about her job is seeing a tangible product at the end of the day.

"It also excites me when communities see their vision being realised. I am very happy to be part of Hatch, which is a global company which offers growth opportunities.

"In the last 16 years I had developed from being a site technician to a senior technologist through work opportunities that I was provided with," she said.

Bongoza has also played a major role in developing young women in engineering. She is an active participant in Consulting Engineers South Africa.