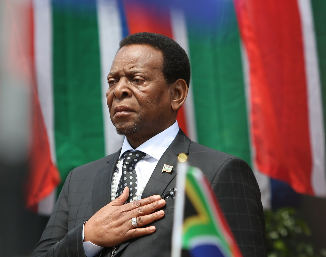 An attempt by Zulu King Goodwill Zwelithini’s Ingonyama Trust to take control of thousands of hectares of land worth almost R1bn, which was awarded to several communities in the greater Mthonjaneni (Melmoth) area as land restitution, has been thwarted by the courts.

A claim for about 9,000 hectares of farmland in KwaZulu-Natal was first lodged in 1998 by the Emakhasaneni, Entembeni, Mthonjaneni and Isizwe sakwa Dludla communities, reports GroundUp. It took almost 10 years before their claims entered the court system and another 10 before a settlement agreement was reached between farmers and the communities and made an order in the Land Claims Court.

But on the eve of the settlement in November 2018, the Ingonyama Trust, which represents the interests and landholding of Zwelithini’s three million hectares of land, almost 30% of the province, launched an application to intervene, asking the court to order that the land be transferred to it “to be held for the benefit of the respective communities”.

Up until then the trust had been cited as a “defendant” because some of the land under claim belonged to it.

But this land ultimately fell out of the claim, and it was then that the trust intervened.

Land Claims Court acting judge Pume Canca said lawyers for the trust had argued that the communities, most of whom resided on land owned by the trust, recognised its authority.

“It was submitted that it was not the trust’s contention that it should become the owner of the land, but that it be registered in the name of the trust with the proviso that same be administered for the benefit, material welfare and social wellbeing of those communities.”

The Ingonyama Trust Board has blamed insufficient funding from the state for its failure to submit its budget plans for the 2020/21 financial year on ...
News
2 years ago

The communities said they were in the process of registering communal property associations (CPAs) to administer the properties.

“The landowners also argued that if the claimed properties were registered in the names of the trust, the ultimate effect would be that the trust, which had not lodged a claim, would be awarded land of substantial value.”

Judge Canca ruled that while it may be true that some members of the community recognised the authority of the trust, they had already elected CPAs as their “preferred vehicle”.

“I can see no reason why the court should not give greater weight to their wishes,” he ruled. He ordered the trust to pay the legal costs of the application.

The trust applied for leave to appeal against the ruling. This was turned down by Judge Canca.

The trust then unsuccessfully petitioned the Supreme Court of Appeal and finally turned to the Constitutional Court, which last month dismissed the application without hearing argument.

A legal source involved in the matter, said, “The trust was clutching at straws. It caused unnecessary frustrations ... It was ridiculous. From the outset there was no merit in it, but it resulted in an increase in legal costs.”