'You should have warned us': Liquor Traders Council to presidency 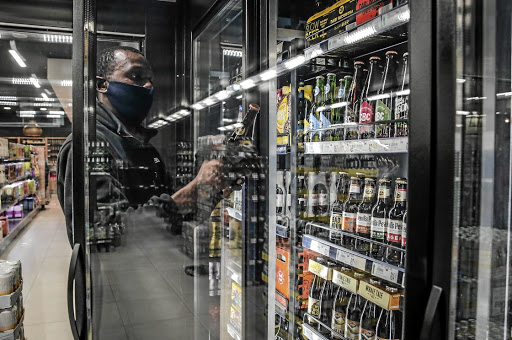 The National Liquor Traders Council is seeking relief from the government after the reintroduction of the alcohol ban. File photo.
Image: Sebabatso Mosamo

The National Liquor Traders Council (NLTC) has written to the presidency requesting financial relief for their members after the sudden reintroduction of the alcohol ban.

The organisation said it was shocked by President Cyril Ramaphosa’s announcement on Sunday night.

Lucky Ntimane Winston Hector, NLTC national convener chairperson, said that during the first alcohol ban they were consulted by the government.

“It was our expectation that as a president who thrives on consultation we would at least have been consulted on such an important matter as this, which is literally our livelihood and means of survival, source of pride and a vehicle which enables us to send our kids to school and put food on the table for our families and our workers.

“We would like to bring it to your attention, Mr President, that township liquor traders, often referred to as taverns, are the only true and proudly South African, 100% black-owned businesses that we have alongside the taxi industry, hair salons and street vendors,” Ntimane said.

He said the ban on liquor sales will have dire consequences on the tavern industry as a whole and leave families dependent on the industry in severe poverty that they are unlikely to recover from.

“Upon the resumption of liquor trading on June 1 2020, we already had 15% of township liquor outlets who could not open their doors because they had not recovered from the closure during the first stage of lockdown” at end March.

They propose that the government implement:

Lastly, they are asking for immediate consultation to establish agreed terms and conditions for the swift unbanning of alcohol sales.

The tavern industry accounts for 43% of all alcohol sold in SA, according to the council. The organisation said it expects a response from the president by Friday next week.

The immediate ban placed on alcohol sales on Sunday night was a particularly heavy blow for online alcohol retailers, whose delivery vehicles were ...
News
1 year ago