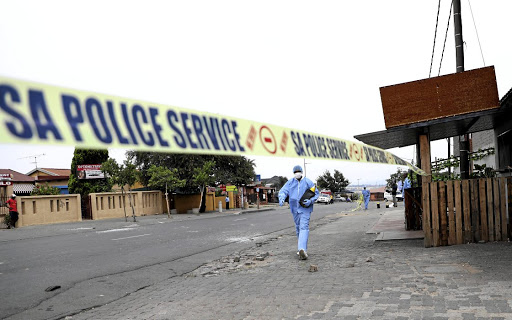 Gauteng government and taxi industry have concluded an agreement that could end violence that has claimed many lives in the sector. /Sandile Ndlovu

Commuter organisations have welcomed the agreement signed by taxi bosses to end violence in Gauteng, but are skeptical that the sector will live up to their deal.

Gauteng government concluded an agreement with Gauteng South African National Taxi Council (Santaco) and the Gauteng National Taxi Alliance (NTA) in what was described as a "historic" deal.

In the agreement, the two biggest taxi organisations in Gauteng committed themselves to ending violence in the industry and allowing for modernisation of their operations.

Greater Soweto Commuters Forum chairperson Wallet Khumalo said they are happy with the agreement as it gives hope that the modernisation of taxis could materialise.

"When the taxi violence starts, the people that really get affected are commuters. Even what we are seeing now with taxi fares rising substantially, the reason for this is that the industry is not modernised. It is time that the government must improve the transport that serves most people," Khumalo said.

"But you cannot count on taxi people. We have seen in the past peace agreements being concluded, but the next day people still get killed."

In the agreement, the two structures committed to intensify efforts to build a smart taxi industry that is gun-free, successful, broad-based, and an exemplary business model for black economic empowerment.

Gauteng provincial government has concluded an agreement with the taxi industry which is aimed at ending violence and modernising its operations.
News
10 months ago

Government did not buckle under taxi industry pressure, says Mkhize

There has been no capitulation by the government under pressure from the taxi industry, health minister Dr Zweli Mkhize said on Monday.
News
11 months ago

They further agreed that transport MEC Jacob Mamabolo be mandated to act decisively against taxi associations riddled with internal rifts, fights and other forms of instability.

Under the agreement, Mamabolo will have the powers to dissolve the leadership of associations and their immediate placement under temporary administration, until order is restored.

In the deal signed on Monday, taxi bosses agreed that Mamabolo must investigate modern and transparent fare collection systems for implementation by the various taxi associations in a manner that will promote accountability and saving of resources.

"This agreement has not been imposed on the operators, it is, however, a result of the resolutions of the Taxi Summit held in Sedibeng last year. It is an important step towards bringing stability in the taxi industry. We commend the taxi industry for confronting the two threats facing their sector, namely, the handling of money which borders on money laundering and internal rifts, tensions and unhealthy leadership contestation within some taxi associations. We believe this agreement will go a long way in addressing taxi violence," said Mamabolo.

Violence has been a problem in the taxi industry for decades with no solution found. Just before the lockdown began, Justice Jeremiah Shongwe had begun listening to evidence in a commission set up by the provincial government to investigate taxi violence.

Earlier this month, the North Gauteng High Court granted Mamabolo an order to dissolve the Mamelodi Amalgamated Taxi Association executive committee, following a spate of violence, unrest and instability in the township. Mamabolo approached the court after taxi violence in the area claimed 19 lives.