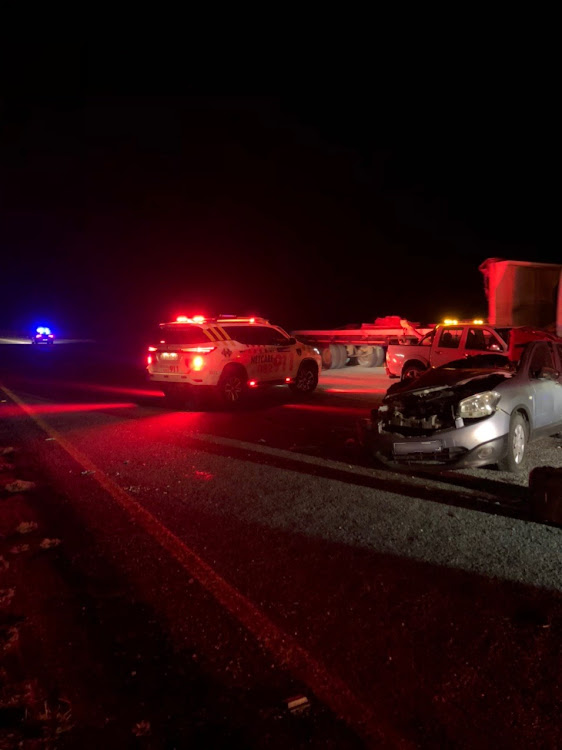 Two people died and two were injured in this accident after other vehicles struck a bull crossing the N1.
Image: Netcare911

Two people were killed after their sedan was struck by an SUV — one of two other vehicles that had collided with a bull on the N1 Kroonvaal near the 1-Stop.

Explaining the sequence of events, Netcare's Shawn Herbst said: “Reports from the scene indicate that a truck struck a bull crossing the road.”

“A SUV also hit the [animal] in the road, resulting in a rollover and collision with a light motor vehicle.

“Medics assessed the scene and found three occupants from the SUV had sustained minor injuries and had declined ambulance transportation to hospital.

“Two occupants of the car, an adult and a child, had sustained fatal injuries and were sadly declared deceased on the scene.

“Another adult and minor from the car had sustained moderate injuries and were treated on scene.”

Once stabilised, the survivors were transported by ambulance to hospital for further treatment.

Two teachers were killed in car crash near Pietermaritzburg on Monday night.
News
1 year ago
Next Article