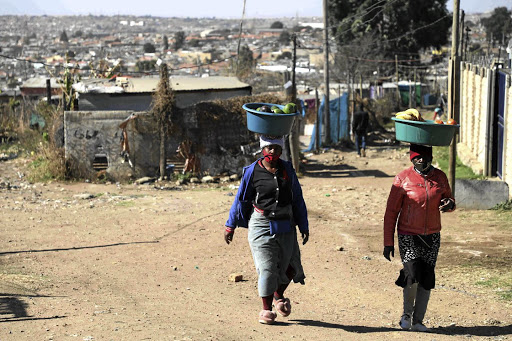 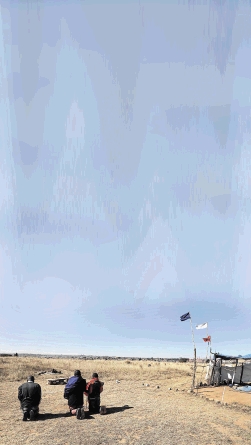 A priest with a blue cloth strapped around his shoulder prays for a young man who needs a job in a windy Rabie Ridge open veld.

About five metres away, another priest is holding a prayer meeting with two congregants with a white flag hoisted high above the three.

But this is neither paradise nor some religious sanctuary. It is the spot that has been chosen by the City of Johannesburg to build temporary shelter for 1,200 households who live in informal settlements in Ivory Park and Rabie Ridge, Midrand.

Both priests who held prayer sessions on a windy Johannesburg morning said they will gladly move when developers arrive.

The city has already appointed nine contractors and they have been given a deadline to finish the temporary structures by the end of September.

About R77m has been allocated for the project.

Only people who are on the housing lists will be moved into the new shelters which will have running water and sanitation, and electricity.

Mabaso said the move was aimed at de-congesting the densely populated informal settlements in order to reduce Covid-19 risk.

The City of Johannesburg has finally passed its belated budget for the financial year 2020/2021.
News
1 year ago

"Once we have removed people from the informal settlements we will then redesign the area and then formalise it. We are doing this to reduce Covid-19 risk as congested areas enable the virus to spread very fast.

"When we say people must adhere to social distancing, how do you do that in an overcrowded space? De-congesting this space will allow those who are left behind to have a space as individual families," Mabaso said.

The land on which the temporary structures will be built is owned by the city but development has been delayed in the past after the city wanted to develop it together with private land across the road.

The city could not agree with the market price put by the owner and decided to expropriate the land. Owners of the land took the matter to court but the administration chose not to contest the matter.

All the residents who have applied for government housing that spoke to Sowetan welcomed the development.

"I am willing to leave this place at any time. Things are tough here. There is no electricity, no proper sanitation.

"Sometimes the chemical toilet is not emptied after three months. I have to ask the neighbor to allow me to use hers. Crime is also a problem. It is really tough," Alpheus Leriba said.

A similar R102m project was launched by the city in May to move 1,600 families from Setjwetla in Alexandra into temporary shelters in Marlboro and Marlboro Gardens. The site was handed over to developers last week,.

The coronavirus is hitting SA's mainly black townships harder than areas that were once the exclusive preserve of white people, according to new data ...
News
1 year ago

Lashing rain and high winds hit greater Cape Town as forecast overnight, precipitating flooding in the Cape Flats and running water in the streets ...
News
1 year ago
Next Article