R10bn now needed to keep SAA in the sky 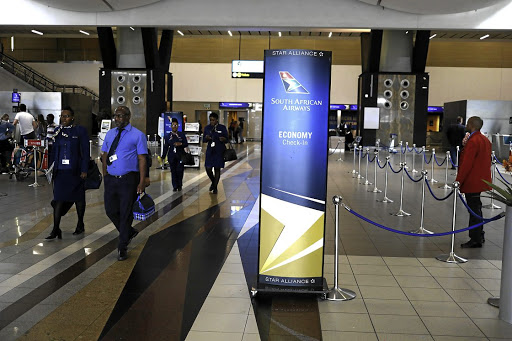 Government has to come up with billions required to fund SAA's business rescue plan after the airline's creditors voted in favour of its restructuring.

At least R10bn is now required from state coffers to help turn the airline around.

The restructuring will see about 2,500 workers being immediately retrenched, as SAA will make way for a smaller and more profitable airline to take to the skies next year serving reduced routes. The voluntary severance packages will cost an amount of R2.2bn.

The department of public enterprises (DPE) committed once again yesterday that the restructuring plan will be supported by the government and that all the necessary resources would be mobilised.

"The cabinet has expressed its support for the concerted effort to mobilise funding from various sources to finance the business rescue plan, including from potential equity partners for the uptake of the new airline," said Kgathatso Tlhakudi, the department's director-general.

The department has already made a commitment to unions, who accepted the voluntary severance packages last week, that it would fund them to the tune of R2.2bn.

However, the business rescue plan which got an overwhelming nod from creditors yesterday requires in excess of R10bn to be successfully implemented.

The department of public enterprises (DPE) has announced an interim CEO of SAA after creditors voted in favour of its business rescue plan.
News
1 year ago

Economist Duma Gqubule believes workers were the biggest losers in the story of SAA which has been mismanaged for two decades.

"It's a very sad day for SAA which has had a history of two decades of mismanagement with government putting conmen in charge of it... workers are suffering now despite having nothing to do with the airline's problems," he said.

"We should have kept SAA on life support until the industry turned the corner, that's my view."

Labour federation Cosatu's Sizwe Pamla said: "What is key for us is to ensure that all efforts are taken to minimise job losses and the airline is put on a sound and sustainable footing."

The SA Communist Party commended the department for the "decisive leadership role it has played in ensuring that the plan to rescue SAA receives overwhelming support".

"We call on the government to make available the resources and provide the support required for the SAA rescue and operations plans to become successful," SACP spokesperson Alex Mashilo said.

The DPE announced that it had appointed Phillip Saunders as interim CEO of the embattled state airliner.

The department described Saunders as "an experienced airline executive with a strong commercial background".

In a joint statement, the National Union of Metalworkers of SA (Numsa) and the South African Cabin Crew Association (Sacca) said they were "not entirely satisfied with the plan and will deal with the shortcomings in due course".

"We are relieved that the drawn-out and rather wasteful business rescue process is now coming to an end. We have fought very hard to prevent the liquidation of the airline and we are relieved that this strategic state-owned entity (SOE) which plays such a crucial role in the aviation and tourism sector, has been saved from total collapse," the unions said.

"The two voting partners were not in support of Saunders's appointment saying Saunders had not been a CEO of any significant organisation. His experience has been as an executive of smaller single airport airlines such as Air Malta, nothing close to the complexity and scale of SAA."

The two unions also called for labour to form part of the new SAA board.

The labour appeal court in Johannesburg on Thursday ruled in favour of the unions over the retrenchment process at South African Airways (SAA).
News
1 year ago

A single mother who has worked at SAA as a cabin crew member for a decade is one of 2,500 SAA employees who will soon be part of the unemployment ...
News
1 year ago

The rescue plan needs at least a R12.2bn bailout from state coffers which would fund the airline's debt and severance packages for more than 3,000 ...
News
1 year ago
Next Article