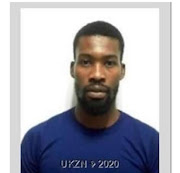 Mystery surrounds the disappearance of a University of KwaZulu-Natal medical student who has been missing for more than three weeks.

The university put out a missing person alert on its social media platforms for sixth-year student Sbonelo Dhladhla on Sunday.

According to the alert he was last seen at his Port Shepstone flat on June 23, wearing a pair of black shorts, a white vest and flip flops.

“He is still missing. He was staying in Port Shepstone as he was on practical training at a hospital there.”

The university has urged anyone with information to contact the nearest police station or investigating officer Sgt Renaye Naidoo on 0643596613.