Policewoman disappears after getting lift to work 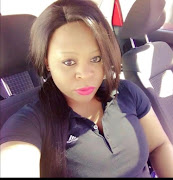 Mpumalanga police have launched a search after one of their own was reported missing by her family.

According to the police, Const Baswabile Mildred Silowe, 26, stationed at Lydenburg police station, was reported missing on Sunday by her family after she traveled from her home in Casteel, Bushbuckridge, to Lydenburg. She got a lift and that was the last time she was seen alive.

“According to information received, Constable Silowe, who resides in Boiketlo village, Casteel in Bushbuckridge, left home yesterday afternoon to travel back to Lydenburg using public transport.

"Upon arriving at Bushbuckridge shopping complex where she was to catch a second taxi to Lydenburg, she was apparently offered a lift by an unknown man and immediately informed her sister. Moments later, her sister called to check up on her several times  but failed to reach her.

"She also called Constable Silowe's roommate who confirmed that she had not arrived. The sister then became worried after failed attempts to trace her and immediately reported the matter to the police,” said spokesperson of the Mpumalanga police Brig Leonard Hlathi.

“Anyone with information that can assist in locating Constable Silowe is urged to contact Warrant Officer Nicol Setwane on 072 906 8621.

Alternatively, they can call 10111 or 08600 10111 or send an SMS to 32211 or download MYSAPSAPP to send  information to the police. Their information will be treated with the strictest confidentiality,” said Hlathi.