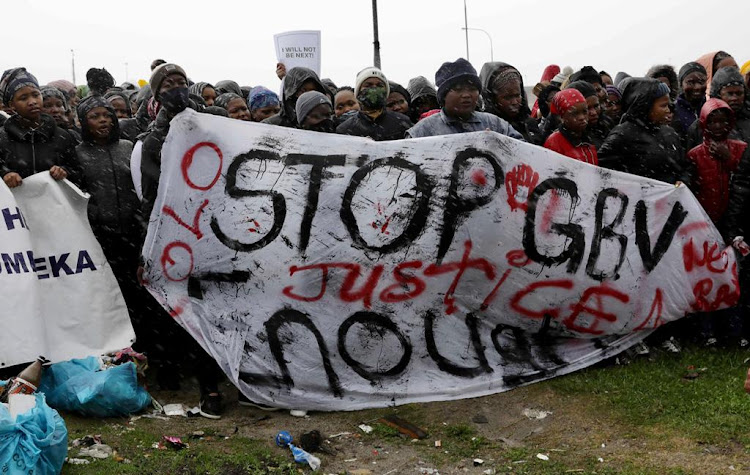 In 2018, Ayanda Simelane, from KwaThema in Gauteng, was hacked to death and her alleged killer was due to appear in court a month ago.

However, the NPA confirmed to SowetanLIVE's sister publiction TimesLIVE on Friday the case was withdrawn due to a lack of evidence — a decision which angered activist organisation Sonke Gender Justice.

Sonke questioned whether the NPA appreciated its role in the fight against gender-based violence and femicide.

According to regional NPA spokesperson Lumka Mahanjana, the case was withdrawn because of insufficient evidence.

“Serious consideration is being given to possibly holding an inquest into the death of the deceased. This is certainly not the end of the matter; we just need more work to be done.

“The family is being kept informed by the prosecutor,” Mahanjana said.

The case against the alleged perpetrator was to be heard at the magistrate’s court in Springs on June 8, 2020.

Sonke said that, after two years of investigation, Simelane's mother was informed of the trial date. Further, a police official had visited her residence to remind her about the hearing. She was assured that the state had a watertight case, the organisation said.

“On the date of trial, when they arrived at court the relatives of the deceased were informed that the matter was being withdrawn. Initially the family was informed the matter had been dismissed. Later this version was amended to say the state had withdrawn the case for lack of evidence,” said the organisation.

Sonke in a statement questioned why the matter was set down for trial, saying that this should only happen when the state was aware of the strength of its case.

“At what point did the prosecutor come to the realisation that the case, which had been set down for trial, was no longer trial ready and opt to change course, and only thought the family should be notified on the morning of the trial?

“This incompetence makes a mockery of the president’s [Cyril Ramaphosa] commitment to address GBVF [gender-based violence and femicide] with specific mention of plans to address the issues faced on access to justice for victims and survivors, which were specifically identified a key area both in the Emergency Response Action Plan (ERAP) and the National Strategic Plan on Gender-Based Violence and Femicide,” Sonke said.

Sonke wants the NPA to investigate what happened in this case, and called for the prosecutor to account on the matter.

Mom of slain baby Nkanyiso now fears for her life

The mother of a two-month-old baby who was allegedly strangled and stabbed to death before her throat was slit with a bottle, is distressed that her ...
News
10 months ago

Durban mom Megan Prins, who was due to stand trial this week on a charge of murdering her seven-year-old son, has died, authorities have been ...
News
10 months ago
Next Article