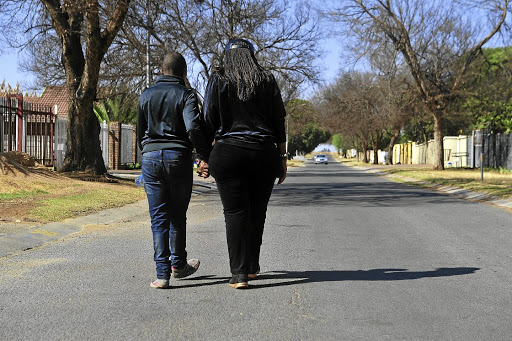 A 13-year-old boy was raped in a classroom allegedly by a general worker at the school. / Veli Nhlapo

The mother of a 13-year-old boy who was raped at a school for special needs pupils, allegedly by a general worker says she is disappointed that no action has been taken against the accused.

The mother, who cannot be named to protect her son's identity, said she has been left defeated and frustrated in her year-long pursuit for justice.

The boy, who suffers from Down syndrome, was raped on August 5, allegedly by the school's groundsman.

His mother said the suspect was not arrested or charged after the incident.

"The investigating officer stopped contacting me a few weeks after the matter was reported. He does not answer my calls and does not get back to me," she said.

"The criminal justice system is illustrating that people with special needs are treated like dustbins. Their rights can be violated with no consequences. My son suffered at the hands of this man, and the police are dragging their feet."

She said she spoke to the investigating officer's superior who was not helpful. She then sought the assistance of the Benoni police station head who was also not responsive.

"I approached the Crystal Park station commander to see if the case can be transferred from Benoni because I am not getting help from them. Although she understood, she could not do much because the matter was not in her precinct," she said.

On the day of the incident, the boy's mother said she had spent over an hour looking for him at the school. "I was frantic when I coulln't find him where I usually pick him up."

She said the worker came running in their direction but hesitated momentarily when he saw her with the teachers. She said the cleaner offered to help look for the missing boy and said he was probably sleeping alone in a classroom.

"He went to one classroom and unlocked it. It was strange that my son came out immediately . I didn't pay much attention to it because I was happy to have found him."

"I spoke to him twice on the phone between December 2019 and January this year. He said he would look into the matter but has since gone silent."

Cele's spokesperson Lirandzu Themba confirmed that the matter was brought to his attention, but had been referred back to Gauteng police.

Gauteng police spokesperson Cpt Kay Makhubele had not yet responded for comment at the time of printing.

Gauteng department of education has confirmed that the number of pupils who have died in the province since the beginning of February has risen to ...
News
1 year ago

It's been a hard week for the Gauteng education department.
News
1 year ago
Next Article