Homes of suspect and his mother torched after woman's body found 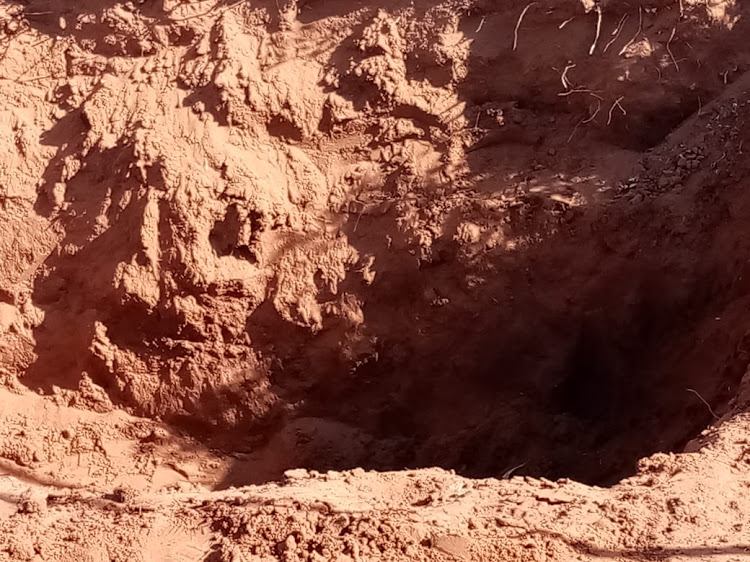 The body of a missing Northern Cape woman was found buried in a shallow grave on Thursday.
Image: SAPS

The community of Roodepan in Kimberley is up in arms after the decomposed body of a 31-year-old woman, who had been missing since June 7, was exhumed from a shallow grave.

Northern Cape police recovered the woman's body behind a shack in Roodepan on Thursday.

A 39-year-old man, believed to be the ex-boyfriend of the deceased, was arrested.

Community member Lucky Riet, who went to the scene on Thursday, said a strong stench was coming from behind the shack.

Riet, who is from the Concerned Group in Ward 29, told TimesLIVE: "“When I arrived the police had cordoned off the area with tape and had just started digging. The family was there waiting.

“As soon as they exhumed the body, you could see how her mother was shaking because of shock. She couldn’t cry or talk, that’s how shocked she was,” Riet said.

“That family member looked at the body once and confirmed it was the missing woman.”

Riet said forensic experts removed the body and left, accompanied by the family.

After police left, the community held a meeting to discuss the way forward, he said.

“The community decided the suspect must never return to the community, and burned down his shack.

“The community burned his mother's shack too.”

Riet described an eerie atmosphere in the shack in which the alleged killer lived.

“It looked like a graveyard inside. He even had trees planted in it.”

Soldier 'kills man for a little argument' in Mpumalanga

Deceased had a gun, saThe girlfriend of a man who was shot and killed by a soldier has told of his last moments.y cops
News
1 year ago

Two men suspected of dealing in drugs were stoned to death in two separate incidents on Wednesday last week in what is suspected to be mob ...
News
2 years ago
Next Article