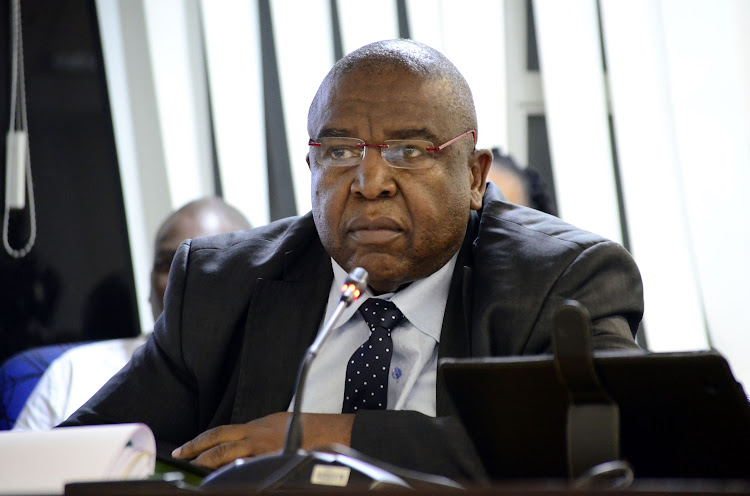 This is because action is to be instituted against him by the Special Investigating Unit (SIU).

The tribunal made this order on Friday afternoon following an application by the SIU, which was heard on Thursday. Lekalakala had opposed the application.

The SIU sought the order to preserve Lekalakala's pension money as it was still investigating several allegations of financial irregularities which occurred during his tenure as head of department.

Judge Thina Siwendu did, however, order the SIU to finalise its investigations against Lekalakala within 60 days of Friday's order, and thereafter institute proceedings against him within 20 days of the completion of the investigation.

The Special Tribunal will pass judgment on Friday in an application brought by the Special Investigating Unit in which it asks that the pension of ...
News
1 year ago

Public enterprises minister Pravin Gordhan has written to the ANC chief whip in parliament to explain the Eskom claim against Optimum and the R4bn ...
News
1 year ago

Siwendu said should the SIU not institute action against him within this period, Lekalakala may approach the tribunal to consider an order to partially allow some of the pension money to be released to him.

In its application filed with the tribunal in March, the SIU claimed there was intentional wrongful and unlawful conduct by Lekalakala. The alleged unlawful conduct pertained to allegations of the irregular awarding of a contract to Buthelezi Emergency Medical Services and a breach of prevailing procurement processes.

The SIU said though Lekalakala's pension was R2m, the value of his alleged potential transgression was more than R30m.

Lekalakala is also facing two criminal cases, one relating to the fraudulent appointment of Gupta-linked company Mediosa as a service provider of mobile clinics to service rural areas in North West.

Lekalakala had attempted to resign as head of department in December last year.

However, his resignation attempt was revoked by the department and he was subjected to disciplinary processes which led to his dismissal in January this year. Lekalakala, in opposing the application, mentioned he had referred his dismissal to the bargaining council.

He also claimed the decisions pertaining to awarding of tenders were not taken by him but were taken by various structures, particularly the bid adjudication committee.

In her judgment, Siwendu said the tribunal was not advised as to the status and progress of the investigations by the SIU against Lekalakala.

She said the tribunal was also not advised of progress in relation to criminal charges against Lekalakala.

Siwendu said the SIU was adamant that despite not providing these details to the tribunal, irregularities which happened under Lekalakala's  watch led to the department being placed under administration.

She said even though the value of Lekalakala's pension was a drop in the ocean compared to the value of alleged irregularities, he should not benefit from gross negligence if these allegations were ultimately proven true.

The tribunal has the power to adjudicate upon any civil proceedings brought before it by the SIU, in its own name or on behalf of a state institution or any interested party as defined by the regulations and emanating from the investigation by the SIU.

The fallout between water & sanitation minister Lindiwe Sisulu and some CEOs of water boards has taken another turn, this time with Lepelle Northern ...
News
1 year ago
Next Article