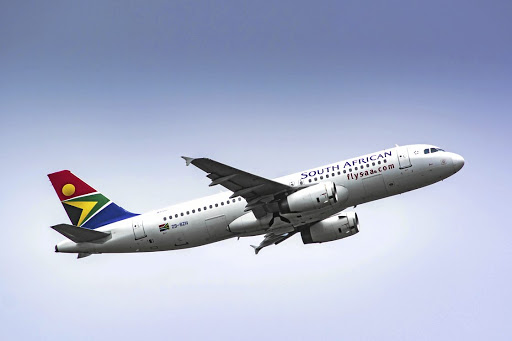 A single mother who has worked at SAA as a cabin crew member for a decade and currently struggles to pay her medical aid after three months without a salary is one of 2,500 SAA employees who will soon be part of the unemployment statistics.

The woman, who spoke to Sowetan on condition of anonymity, will this week sit down with her family to discuss taking the voluntary severance package (VSP) that will help her to be able to take care of herself and her daughter.

"I'm really considering the VSP but I need to consult my family and make certain calculations so that I take a well-considered decision," the cabin crew member said.

She told Sowetan that she had the worst three months of her working life as the Unemployment Insurance Fund TERS payout covers less than half of her salary, and is often paid two weeks later than her usual pay day.

"I cannot afford to live without a medical aid, and I now have to find money to ensure that I don't skip my monthly contributions," she said.

Unions at the embattled SAA accuse each other of ulterior motives which are against the interest of the workers as four unions indicate their ...
News
1 year ago

An SAA ground staff employee with more than 10 years' experience said although he was happy that there was a way forward finally, he was concerned that not much effort was put into the restructured new airline.

"I still have more than 20 years to work before I go on pension, so I'm much more concerned about what the new airline has to offer because I still want to work," he said.

Another ground staff member said: "I am happy that unions have accepted the VSPs but I am not sure what to do because I'm currently struggling without a salary."

Unions at the embattled national airliner this week accepted the severance packages offered by the department of public enterprises (DPE) as business rescue practitioners tabled a revised plan that will see the new airline starting with 2,000 employees as opposed to the initial 1,000.

"You cannot contest the number of people going to remain at the airline right now so we can't avoid the jobs bloodbath but the only industry that can rise again is aviation when borders open," Raphetha said.

"The risk to take is to allow the new airline to start and we will slowly but surely return workers as the airline grows."

This comes after a revised business plan that was made public yesterday showed that an additional 1,000 employees will "be placed on a temporary/training lay-off scheme for a period of 12 months".

The new SAA business rescue plan will be voted on by the airline's creditors in their much-awaited meeting scheduled for next week.

The last meeting was postponed after Numsa, the SA Cabin Crew Association and SAA Pilots Association tabled a suggestion that the meeting be postponed pending the amendment of the business plan.

Numsa spokesperson Phakamile Hlubi-Majola said: "It is possible that more than 2,000 employees may want to remain at the airline, and may not want to take up the VSPs.

"In our engagement with DPE we made it clear that we must leave the door open for other alternatives to be made for these workers, possibly through job sharing or furlough, and that we must discuss alternatives to mitigate against job losses during these trying times."

The SAA Pilots Association said in a statement yesterday that it will consider the VSPs offered despite not yet being party to the agreement involving all the other unions.

Osborne Molatudi, an employment and labour law attorney, said being uncertain about the new, smaller airline that would be replacing the struggling SAA, most workers are most likely going to take the severance packages.

SAA’s business rescue practitioners (BRPs) received harsh criticism from judge Dennis Davis for “faffing around” for six months during an appeal on ...
News
1 year ago

The department of public enterprises has urged creditors, employees and other stakeholders of SAA to vote in support of a business rescue plan for ...
News
1 year ago
Next Article