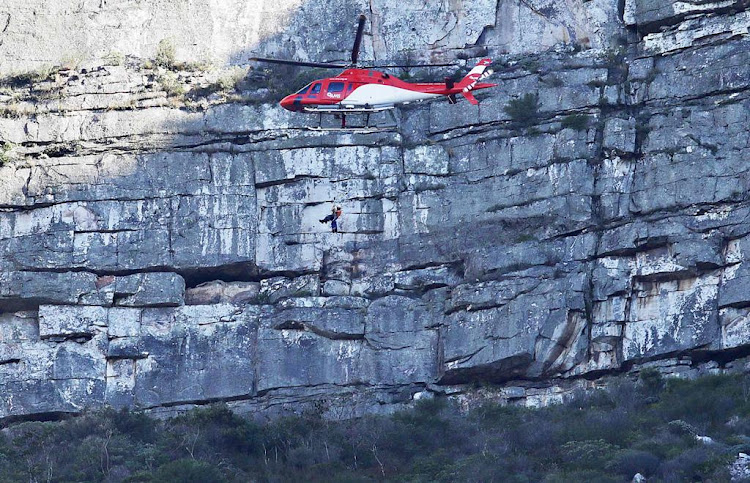 A rescuer is lowered to the location of the body below Table Mountain's Africa Face on July 8 2020.
Image: Esa Alexander

Police have opened an inquest into the death of trail runner Ken Stephen after a body, believed to be his, was discovered on Table Mountain on Wednesday.

“This office can confirm that an unknown body has been spotted by the volunteers while searching for a missing person on Wednesday 8 July 2020 at 13:29,” said Western Cape police spokesperson Capt FC Van Wyk.

“They alerted the Skynet helicopter (Wilderness Search and Rescue Team) who, with the help of the rescue team, brought the body down from Table Mountain at 17:15. The body hasn’t been identified yet.'' 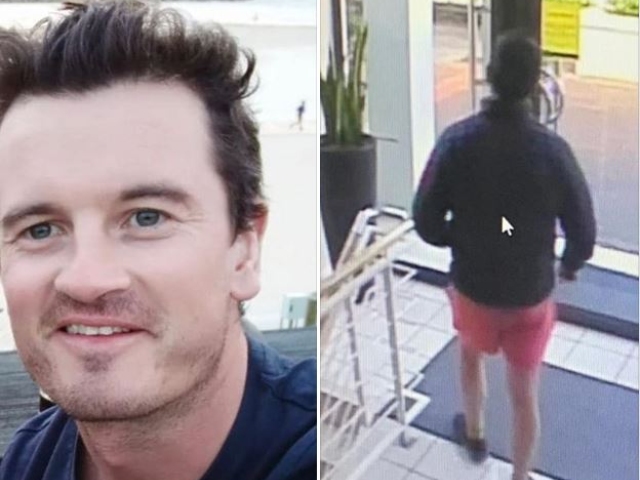 Van Wyk said a postmortem will be conducted to determine the cause of death and the matter will be investigated by Cape Town Central detectives.

Stephen went missing at about 3pm on Monday. His car was still in Tafelberg Road at midnight when his friends raised the alarm.

According to Marais, the runner's cellphone was triangulated by his network service provider to a location below Lion’s Head.

This now appears to have been an anomaly resulting from a lack of signal on top of Table Mountain, because a cellphone, wallet and keys were discovered with the body.

The remains were recovered below a sheer drop of several hundred metres on the north face of Table Mountain, known as Africa Face.

This is near the location where two Japanese tourists and their South African guide fell in a climbing accident in 2018.

A helicopter and 16 search and rescue crews are looking for a trail runner who disappeared after going for a run along Table Mountain on Monday.
News
1 year ago