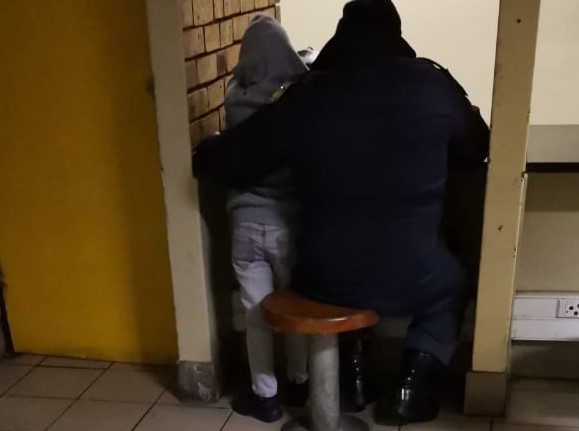 An officer with the seven-year-old boy at Grassy Park police station in Cape Town on July 8 2020.
Image: City of Cape Town

Law-enforcement officers found a seven-year-old boy walking along the side of a highway in Cape Town at 2am on Wednesday.

The city's law-enforcement spokesperson Wayne Dyason said officers patrolling the M5 had questioned the boy - who had a bag containing a pair of sneakers and a cellphone - about where he was going.

“The boy was very reluctant to speak and the officers transported him to Grassy Park police station,” he said.

Eventually, the boy said he lived in Cafda, near Prince George Drive in Grassy Park where he was found.

“His parents were contacted. They were unaware he had left home. The boy was safely released into the overjoyed parents' custody,” said Dyason.

“The officers' vigilance ensured this story had a happy ending.”

It was tears of joy for the Nyambiri family when they were reunited with their three-month-old baby boy Tshegofatsho in the early hours of Sunday.
News
1 year ago
Next Article