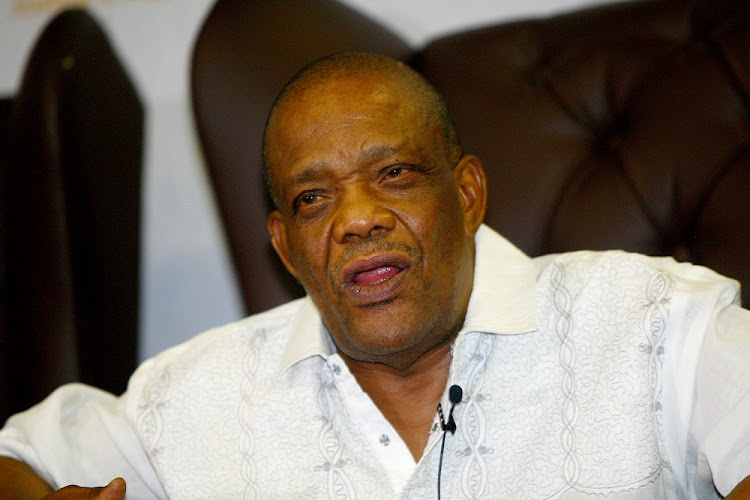 North West premier Job Mokgoro and one of his MECs Saliva Molapisi have tested positive for Covid-19.

This was confirmed by Mokgoro's office following a special provincial executive council meeting held on Tuesday. Both officials will continue to discharge their official duties, though they will be on self-isolation.

The announcement comes after the province's MEC for Cooperative Governance, Human Settlements and Traditional Affairs Mothibedi Kegakilwe on Monday died after he had also tested positive for the highly infectious diseases.

"North West premier, Prof Tebogo Job Mokgoro, announced to the virtual special provincial executive council meeting held today that he has tested positive for COVID-19 and is effectively in self-isolation," read the statement from Mokgoro's office.

"Premier Mokgoro took the Covid-19 test yesterday following the passing on of the MEC for cooperative governance, human settlements and traditional affairs ... Mr Mothibedi Gordon Kegakilwe and he received results today, confirming that he has tested positive for the virus."

The statement said it would be business as usual for Mokgoro as he is not seriously ill.

"Premier Mokgoro is not incapacitated to carry out his duties as he was only presented with only one symptom -which is cough – although he tested positive.

"The premier will therefore continue to discharge his duties albeit remotely and has instructed members of the premier’s support staff who have worked with him closely in the last two weeks to test; while taking the necessary precautions.

"The provincial department of health has already begun with contact tracing in this regard.

The MEC for public works and roads, Mr Saliva Molapisi, has also tested positive and is also in self-isolation; however, he is not incapacitated to discharge his duties too and actively participated in the virtual special exco meeting concluded earlier today.

Meanwhile, it was also announced that the the exco will request President Cyril Ramaphosa to declare Kegakilwe’s funeral as a provincial official funeral category 1, in line with government’s funerals policy as well as the Covid-19 guidelines that regulate how funerals are conducted during lockdown...

"As soon as the president has responded to the request, more information regarding the date and venue of the funeral will be made public."

Police in the North West are investigating a case of arson after three classrooms  provisioned for the phasing in of Grade 10 and 11 were set alight ...
News
2 years ago