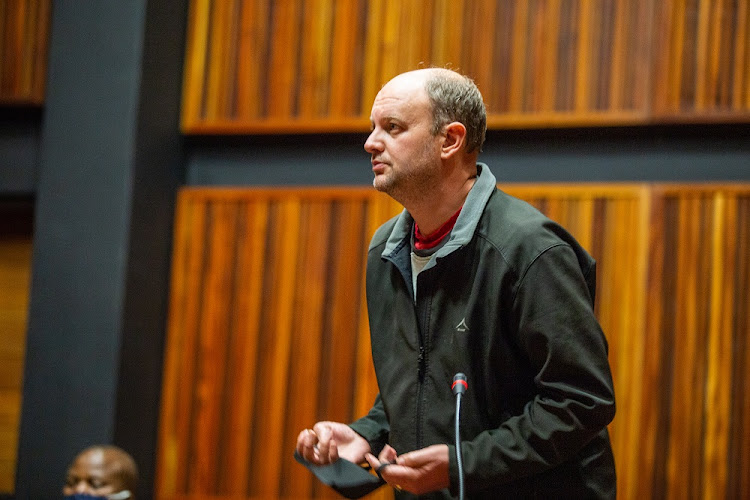 The former CFO of VBS Mutual Bank, Phillip Truter, on Monday morning indicated he intended to plead guilty to the charges he faces.

Truter, who was arrested at the weekend, was in Covid-19 quarantine when his seven co-accused were arrested.

The South African Communist Party (SACP) in Limpopo has broken ranks with the ANC and slammed the reinstatement of party leaders implicated in the ...
News
2 years ago

“Truter has approached the state for negotiation with regards to his charges and has indicated he intends to plead guilty. The prosecution team will indulge the accused,” Ngwema said.

Truter was granted bail of R50,000. He was ordered to hand over his passport and is prohibited from travelling outside SA.

Truter is expected to appear in court again with his co-accused on October 8.