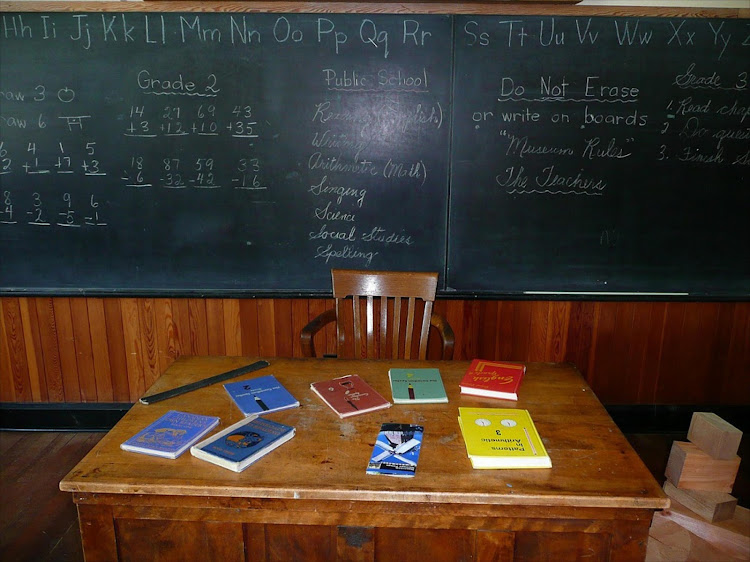 A primary school in Limpopo with collapsed classrooms will only be able to accommodate grade 7 pupils due to lack of space.

Ratjeke Primary School at Ratjeke village in Bolobedu outside Modjadjiskloof, which was burned allegedly by community members during a protest last year and later destroyed, has only five mobile classrooms for almost 300 pupils.

According to a teacher who wished to remain anonymous told Sowetan that the situation in the school needs an immediate attention for the safety of the pupils.

"Today we are going to orientate the grade 5 and 6 on social distancing, but once they are done we will release them because there is no space for them. The destroyed  two school blocks were built by the community in the 60s and department has been promising to provide new buildings, but nothing is forthcoming," said the teacher.

He added that school only received 29 face masks for the entire learners.

Basic education minister Angie Motshekga says the school nutrition programme has resumed for grade 12 and 7 pupils in all provinces.
News
1 year ago

" It is a serious crisis here as it will be difficult for pupils, including teachers to keep social distancing in order to manage the spread of Covid-19. We have a total of 239 pupils in the school and the grade 7 have already occupied three mobile classrooms," he said.

Another teacher said the mobile classrooms were more cold during this time of the year and some were struggling to keep warm.

A community leader, Peter Ramollo, said they have not been getting a positive respond from the department of education regarding the construction of the new buildings.

"We are worried about the safety of our children, but there is nothing we can do. The school, which was burnt by unknown people, was already old and dilapidated and we already made an application for a new school in 2003," he said.

A grade 12 pupil in Rama Secondary School at Maekgwe village said the school has two blocks and three occupied by the grade 12s. We don't know were other grades are going to be allocated because there are only three left classrooms, "he said.