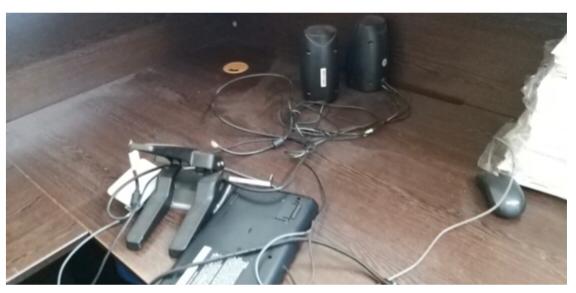 The Mahatma Gandhi Institute of Computer Education and Information Technology in the Phoenix was robbed of 29 computers.
Image: Supplied

Police are investigating the theft of 29 computers from the Mahatma Gandhi Institute of Computer Education and Information Technology in Phoenix, north of Durban.

In a statement on Wednesday, the institute's Kidhar Ramgobin said that they were saddened by the break-in and theft of computers which have helped countless people in the community.

“It is sad for both the community benefiting from this service as well as for us who spent over half a million rands donated by the government of India to build this facility,” said the institution.

The Phoenix settlement is a legacy project established by Mahatma Gandhi in the early 1900s. In 1985, during riots, the settlement was badly damaged and thousands of people settled there, in what is now known as Bhambayi.

“Sadly too, the computers taken would serve little purpose to those who have taken them away but through their vandalism they have now deprived the [Bhambayi] community of an important facility,” it added.

It is alleged that in the early hours of June 23, a group of men forced their way into the facility holding a security guard at gunpoint while they opened the gate to allow for a white vehicle to drive in and load the computers.

A school security guard was brutally murdered during a break-in at Mthayiza Primary school in Gutshwa village in Mpumalanga.
News
1 year ago

The law has finally caught up with two service providers who allegedly stole more than R3m a decade ago from the health department in the Eastern ...
News
1 year ago
Next Article