Durban company hit with R25,000 fine after locking up workers and forcing them to make masks 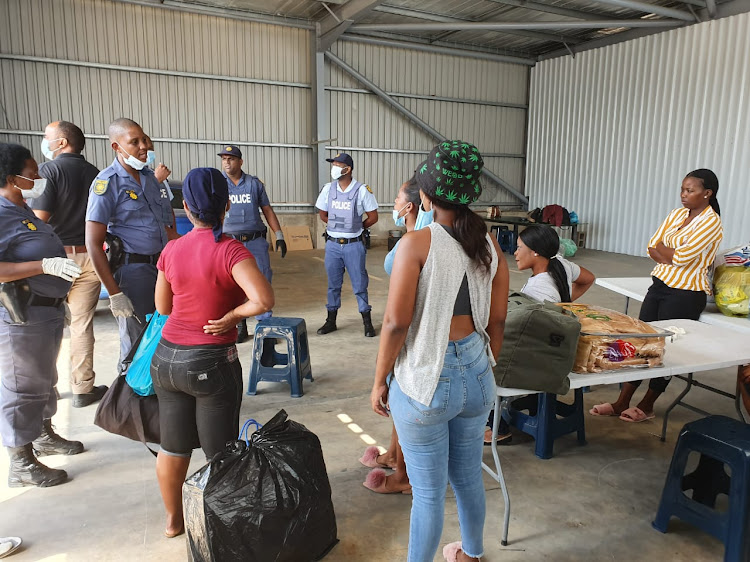 An investigation by a team from the department of economic development, tourism & environmental affairs led to the rescue of 14 workers who were locked in a Durban factory and forced to produce masks.
Image: Supplied

A factory in Durban where employees were locked in and forced to make surgical masks has been slapped with a R25,000 fine.

The Chen Lu Fragrance Company appeared in the Durban magistrate's court on Thursday and pleaded guilty to various charges relating to forcing employees to work during the  lockdown.

The company, represented by one of its members, Ming Lai He, pleaded guilty to forced labour, failure to maintain an environment that is safe without risk to the health of employees and failure to have a licence to manufacture, import or act as a wholesaler or distributor of medical devices.

According to the National Prosecuting Authority (NPA), the company had manufactured surgical masks - a substantial donation of which went to the office of the premier and the SA Police Service - during the lockdown.

The NPA said the successful prosecution under count 3 (failure to have a licence to manufacture, import or act as a wholesaler or distributor of medical devices) is believed to be a first in the country.

A 25-year-old Pretoria warehouse worker allegedly blew through some of the R5.7m in Covid-19 relief funds irregularly paid into his personal bank ...
News
1 year ago

Staff at Durban's Inkosi Albert Central Hospital, which has had over 40 employees test positive for Covid-19, embarked on protest action on Thursday.
News
1 year ago

On March 29 SowetanLIVE's sister publication TimesLIVE reported that 14 factory workers were rescued by police after they had been locked inside the factory for six days and forced to make masks.

Authorities stepped in after an employee reported the company for the working conditions to which they were subjected.

Kara said the relevant stakeholders have now issued a joint formal document on compliance because of the state’s queries and the issues raised.

Unions at the embattled SAA accuse each other of ulterior motives which are against the interest of the workers as four unions indicate their ...
News
1 year ago