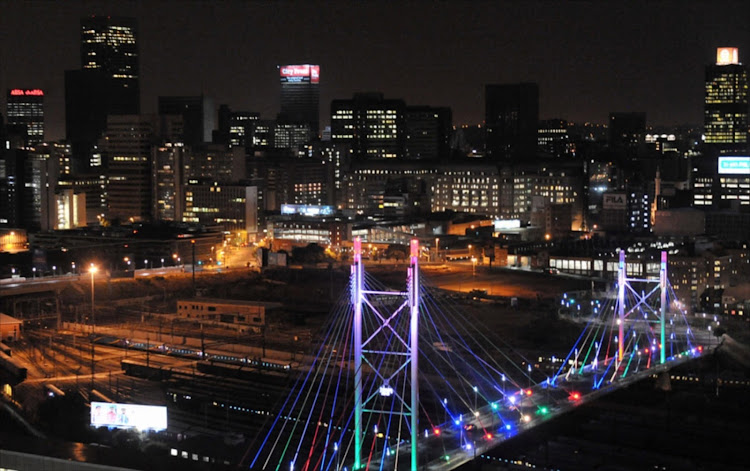 Herman Mashaba says that in a city with the challenges Johannesburg has, a freeze on expenditure would be disastrous.
Image: Gallo Images / City Press / Lucky Nxumalo

The City of Johannesburg has postponed indefinitely a council meeting meant to consider the 2020/2021 to 2022/23 draft medium-term budget.

The budget was expected to kick in from Wednesday, the start of the financial year. The meeting had been scheduled for June 30 but was postponed to July 2. The city on Wednesday issued an advisory saying the meeting would not take place until further notice.

“Kindly be informed that the speaker of council, Nonceba Molwele, has advised that the 17th extraordinary council meeting that was scheduled to sit Thursday 02 July 2020, to consider the 2020/21 to 2022/23 draft medium-term budget and other related municipal governance business is cancelled until further notice.

“The City of Joburg, once more, would like to apologise for any inconvenience this may have caused,” said the city.

Former mayor and founder of The People’s Dialogue, Herman Mashaba, said the failure to pass the annual budget was in contravention of municipal legislation.

“This is regarded as a serious breach of governance as any expenditure is essentially unauthorised and now takes place without the constitutionally required approval of the council. In a city with the challenges Johannesburg has, a freeze on expenditure would be disastrous,” said Mashaba.

He slammed the ANC and the DA as he called for fresh elections, which he said would bring about stability in the city.

Two weeks after a Fourways, Johannesburg, resident took a bath in a sinkhole in the middle of the street to raise awareness about pipe bursts in his ...
News
1 year ago

“The ANC’s efforts to field a coalition have dismally failed. The DA has clearly demonstrated their desires to be a small opposition party and have opted out of these coalition arrangements. The residents of Johannesburg are now without services and stability and it is time to call for fresh elections where our new party will end this deadlock,” he said.

While the city remained the epicentre of Covid-19 in the province, accounting for 20,918 infections, 105 deaths and 7,061 recoveries, Mashaba said efforts to prepare more health facilities had slowed.

“Measures such as the mobile clinics and extended hours of clinic operations have all but stalled at a time when these initiatives would have proven invaluable. Now that the ANC in Johannesburg has failed to approve a budget, something which the constitution regards to be a major failure in governance, we wait to see how the MEC will respond.

“I am calling for fresh elections to be held in Johannesburg. The residents of our city need stability in this time of crisis, and it is clear that this cannot come from any of the political parties in Johannesburg,” added Mashaba.

“May I take this opportunity to reassure the residents of the city that the legislature remains committed to the building of a cohesive and responsive government. In this regard the legislature will continue to provide oversight, scrutiny and accountability on all the plans and commitments that are included in the proposed 20/21 IDP and budget to be presented to council.”