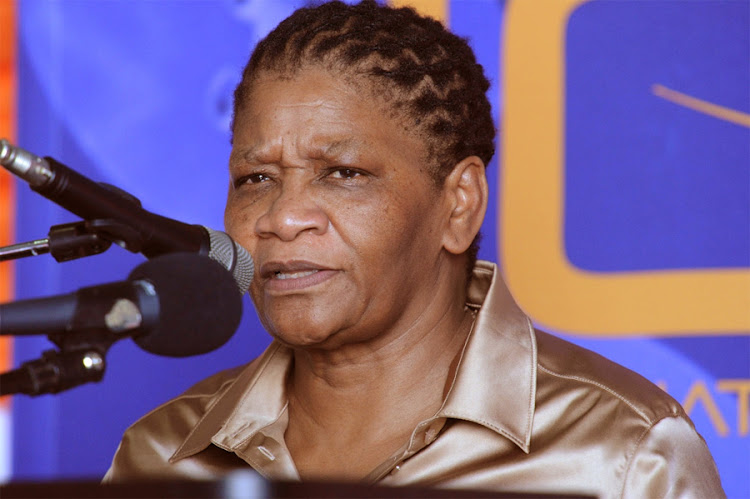 The animal cruelty case against National Assembly speaker Thandi Modise has been postponed to December.

Modise appeared in the Potchefstroom regional court on Wednesday in a matter privately prosecuted by AfriForum. The matter was postponed to December 1 to run until  December 13.

AfriForum’s private prosecution unit announced in 2018 that it would prosecute Modise on behalf of the National Council of SPCAs (NSPCA).

In July 2014‚ the NSPCA obtained a warrant to inspect animals on a farm in the North West province belonging to Modise. This was after receiving a tip-off that animals on the property had been abandoned.

Modise’s farm was littered with the carcasses of more than 50 pigs and other dead animals‚ including geese‚ ducks‚ sheep and goats. More than 100 pigs‚ sheep‚ chickens and goats were found without food and water.

On Wednesday, Modise was called to give reasons for her failure to appear in court in March. According to AfriForum, the court found that her reasons for not appearing in court - which were related to the government having to deal with the coronavirus pandemic - were sufficient.

“AfriForum welcomes the fact that a date for prosecution has now at long last been determined, but we will not allow the accused to have this hearing being turned into a racial issue. The legal system is supposed to be colourblind. No one is above the law, not even the speaker of parliament,” said Andrew Leask, the unit's chief investigator.

“AfriForum’s private prosecution unit is looking forward to finally begin with the hearing so that Modise can be held accountable for this barbarous case of animal cruelty.”

The Potchefstroom regional court will on Wednesday receive an explanation from national assembly speaker Thandi Modise as to why she failed to appear ...
News
1 year ago

National Assembly speaker Thandi Modise will write to the presidency in the wake of President Cyril Ramaphosa's gender-based violence comments, to ...
News
1 year ago
Next Article