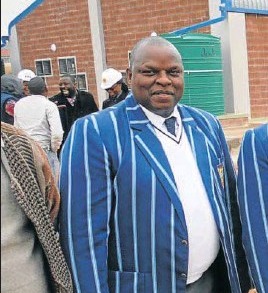 The principal of Makaula Senior Secondary School in KwaBhaca (formerly Mount Frere), in the Eastern Cape, is in hospital with Covid-19.

This comes after the school welcomed about 180 matric pupils back on Thursday last week. It had earlier had to shut its doors after no fewer than 204 infections were recorded. A total of 330 people at the school were tested.

Principal Luzuko Mbana, 52, received his test results on Wednesday afternoon and had to be airlifted to a private hospital in KwaZulu-Natal.

Mbana’s wife Nombini told TimesLIVE that her husband was tested along with pupils at his school last week, but his results were delayed.

“He started with flu symptoms and then got gravely ill. On Monday we took him to our private doctor and his results came back this afternoon positive,” she said.

“The family still remains hopeful that he will fight this. We request privacy during this difficult time.”

She said she will need to be tested as well.

The school has 1,800 pupils. The remainder of the grades are expected to return on Monday - but there have been calls for the reopening to be postponed to August 3.

Mbana earlier insisted that the outbreak was due to 51 pupils who returned to school while infected - but the national health department believes the school did not follow proper sanitation and screening protocols.

There are 200 Eastern Cape schools that remain closed due to the coronavirus pandemic, premier Oscar Mabuyane said in Bhisho on Tuesday morning.
News
1 year ago

There are 204 pupils and hostel assistants who have tested positive for Covid-19 at Makaula Senior Secondary School in KwaBhaca, the Eastern Cape.
News
1 year ago
Next Article