Prasa ready to go on Wednesday? We highly doubt it, says union 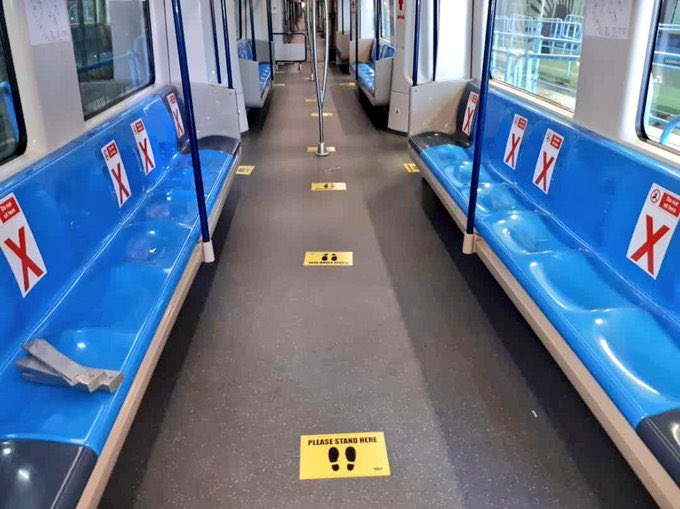 One of the trains that Prasa is trying to prepare to resume operations in Pretoria on Wednesday.
Image: Department of Transport

The United National Transport Union (Untu) says it seriously doubts if the Passenger Rail Agency of South Africa (Prasa) will be ready to resume its limited train services on Wednesday.

On Tuesday, transport minister Fikile Mbalula inspected various sites belonging to Prasa in Pretoria ahead of the resumption of operations on July 1.

Mbalula said that while he was pleased with Prasa's overall state of readiness, more still needed to be done. He said Prasa would resume operations on four lines:

Untu said its doubts were due to the numerous reports of problems it had received from its members.

Former Prasa chairperson Popo Molefe has accused the ANC top six - whose term of office ended in Nasrec in December 2017 - of failing to act against ...
News
1 year ago

Zondo on Prasa looting: How can there be no visible action to recover R2.6bn?

Deputy chief justice Raymond Zondo was on Tuesday at pains to understand how no one was held accountable for rampant looting at the Passenger Rail ...
News
1 year ago

The union's acting general secretary John Pereira said these issues included that Prasa did not have enough time after its Covid-19 readiness budget was approved by the transport department last week. This, he said, gave Prasa limited time to attend to all the areas that had been neglected due to its cashflow constraints during the lockdown.

Pereira said Untu members in Durban reported that their Prasa cellphones had once again been suspended due to non-payment. He said this made it difficult for the Umlazi-Durban-KwaMashu route to resume.

On the Pretoria-Pienaarspoort route, Pereira said Prasa was still trying to locate more diesel locomotives and preferred spare parts to do much-needed maintenance, after overhead cables on this route were allegedly sabotaged following last week's announcement that services would resume.

Tony Games, acting Prasa Gauteng spokesperson, acknowledged that there has been vandalism of overhead power cables, resulting in the line not having electricity.

He said Prasa will be utilising diesel locomotives on Wednesday to haul the coaches as work was still being done to repair the overhead electrical lines.

"With the high rate of cable theft, we do not have overhead power supply. Our infrastructure team is racing against the clock to replace the damaged infrastructure," said Games.

Limited train services will start in the Western Cape, Eastern Cape and Gauteng on Wednesday.
News
1 year ago
Next Article