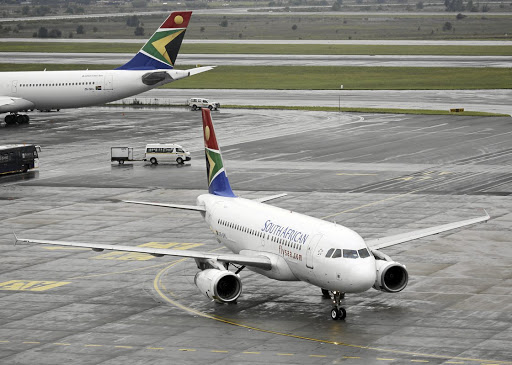 Various stakeholders are hard at work trying to find solutions for the future of the national airliner SA Airways. /supplied

The number of employees at the proposed new airline, its starting date and the severance package offered to employees are among the sticking points that saw yesterday's crucial meeting adjourned before SAA's creditors voted on its new business plan.

Numsa, SA Cabin Crew Association and the SAA Pilots Association's tabled the motion that proposed for the creditors' meeting to vote on its business rescue plan be postponed to July 14 was supported. This will give Business Rescue Practitioners time to address the three main issues which were raised by the three unions yesterday.

Numsa spokesperson Phakamile Hlubi-Majola said they felt that when the new airline finally took the skies next year, most of its routes would have been snapped up by competitors.

The National Union of Metalworkers of SA (Numsa), SA Cabin Crew Association (Sacca) and the SAA Pilots Association proposed for the adjournment. This was based on suggestion that the plan should be amended as it could lead to liquidation of the airliner .

A cabin crew member who has been with SAA for more than 10 years said she was tired of being in limbo and wanted finality on the future of the airline.

"I last got my salary at the end of April, and on the 5th of June, I got R7,000 from the UIF, meaning my medical aid wasn't paid... I cannot live like this any longer," she said.

The SA Airlink, which had already indicated that it's against the business plan also made a proposal for an adjournment for different reasons.

The majority of creditors voted for an adjournment which will see the voting meeting taking place in three weeks' time.

"We are relieved that the adjournment was granted and that the inadequate plan by BRPs would have resulted in SAA being liquidated. Now that the vote has been postponed, we can work towards a sustainable plan to rectify the shortcomings of the business rescue plan," said Phakamile Hlubi-Majola, Numsa spokesperson.

"This period offers all stakeholders a golden opportunity for all of us to work together to improve on the plan, and work together towards a better plan, for the long term sustainability of the airline. The adjournment has in fact prevented the liquidation of the airline because the BRPs plan was so defective in its current form, that it would have ultimately led to the liquidation of SAA."

However, other unions, including the National Transport Movement (NTM), believe the three unions were prolonging the inevitable.

SA Airlink has lost its court bid to interdict the creditors’ meeting for SAA from proceeding on Thursday.
Business
9 months ago

NTM president Mashudu Raphetha said yesterday's the outcome was disappointing as it was prolonging the hunger and the suffering" of current SAA employees.

"The very same three unions that put up a motion to delay the voting by the creditors have got nothing to offer, instead their members are begging for food parcels, and the adoption of the plan was going to mean that the government was going to fund the severance packages which NTM, Satawu, Solidarity and Ausa have accepted," Raphetha said. He said due to challenges presented by, among others. Covid-19, it was better for the unions to focus on securing the best possible retrenchment packages.

"People are in distress, others are contemplating suicide... this (delay) could lead to liquidation," Raphetha said.

SAA's creditors were expected to vote on a new business plan by its business rescue practitioners which proposes reduced routes and workforce among others.

The department of public enterprises said it was tabling a final retrenchment package offer for SAA employees.

Minister Pravin Gorhdan's spokesperson Sam Mkokeli said the voluntary severance packages were going to be offered to employees immediately after the creditors voted in support of business rescue plan yesterday.

The packages were for payments of "one week, calculated per year of completed service, a one month notice pay, accumulated leave paid out, a 13th cheque and a top-up of severance packages," Mkokeli said.

SAA’s creditors will now only vote on the airline's business rescue plan in three weeks' time.
News
9 months ago

The government says it has received unsolicited proposals from private sector funders, private equity investors and potential airline partners for a ...
News
9 months ago

Department to oppose bid to place SAA under provisional liquidation

The department of public enterprises says it will oppose a court application to have SA Airways placed under provisional liquidation.
News
9 months ago
Next Article