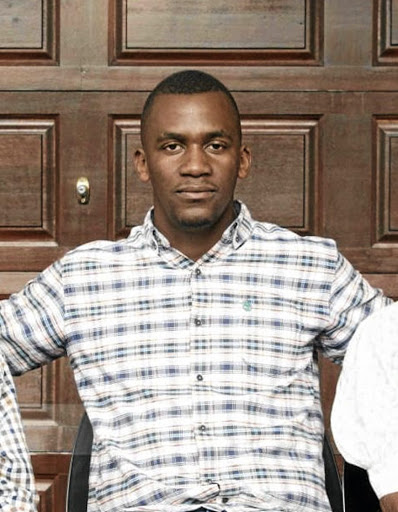 Businessman Muzi Mpungane is suing the police after they allegedly shot at him while his car had stopped. / supplied

Mpumalanga businessman Muzi Mpangane says he is lucky to be alive after he was shot at twice by police after they mistook him for one of the robbers who ambushed the Bushbuckridge police station this week.

This came after a group of unknown men wearing balaclavas stormed the Bushbuckridge police station on Monday night, robbed four officers of their firearms and forced them to open a safe where they apparently took six firearms, including two R5 rifles.

Mpangane told Sowetan on Tuesday afternoon his car was shot at by heavily armed police in Hazyview. He said they shot at him for thinking he was driving a car which was involved in the police station robbery.

"I'm still traumatised, but happy to be alive, and that there won't be a story of lies about me. I was driving home from a construction site at Dwarsloop [in Bushbuckridge] where I'm contracted to build a school. After buying food and drinks in Bushbuckridge town, I proceeded to [nearby] Mapulaneng Hospital to deliver the food for my relative.

Two men who were shot and killed on Monday in a drive-by shooting on the R102 bridge near Duffs Road, north of Durban, were allegedly wanted for ...
News
1 year ago

"While driving to Mbombela, I saw police cars behind me. I was on a speaker phone call. One drove past me and towards a stop we all halted, with police cars on my right, back and front. Without any warning I heard two gunshots which went straight to the driver's seat door handle.

"As they shot I raised my hands and opened the door and lay down. They searched my car and found nothing but didn't tell me what was happening or what they were looking for."

Mpangane said while his car was being searched he started taking pictures and was stopped by the police.

"They were even rude to me and not telling me what they were looking for. I called my lawyer and my father. When my father arrived at the police station, the commander said they thought I was a suspect in a police station robbery.

"I opened a case after that. What frustrates me is that they were rude, that's why I ordered my lawyer to sue."

His lawyer, Mzamo Sibisi of Sibisi Attorneys, told Sowetan his client is shocked and also unable to come to terms with the shooting.

"As we speak we are following the investigation by the Ipid [Independent Police Investigative Directorate]. We are also going for litigation because my client is not happy about this and is traumatised and his life was put in danger," said Sibisi.

Ipid spokesperson Ndileka Cola confirmed that they were investigating the case.