Edward Zuma proclaims his father is 'innocent' ahead of court appearance 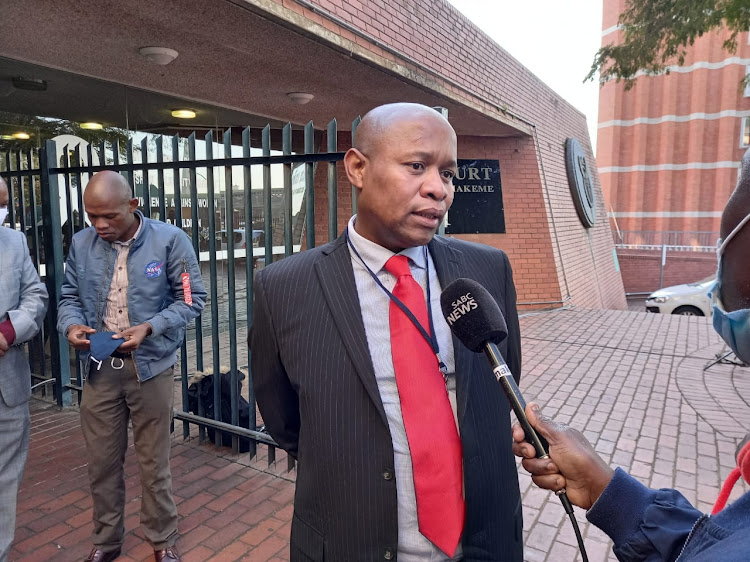 Edward Zuma speaks to the media outside the Pietermaritzburg high court ahead of his father's appearance on Tuesday.
Image: Nivashni Nair

Criminal proceedings against Jacob Zuma has taught his family that the former president had worked with “snakes”.

His son, Edward, who was at the Pietermaritzburg high court on Tuesday told journalists that while he could not speak on behalf of the whole family, he knew that they had learnt that there had been “snakes” around his father.

The former president was expected to make an appearance on Tuesday morning.

“It has taught us that if you work with snakes and if you sit with snakes in your house, only at a later stage will you discover that these people were snakes.

“But it has made us stronger as a family and we believe the former president is innocent and he is going to come out triumphant,” he said.

A heavy police presence dominated the court precinct ahead of Zuma's appearance.

Jacob Zuma's son, Edward says the criminal proceedings have taught the family that the former president had worked with snakes. @TimesLIVE @SundayTimesZA pic.twitter.com/tzvxyvMeQK

However, the former president's supporters are expected to gather at the Booysens Hotel and Conference Centre in Johannesburg as under lockdown level 3, conferences and meetings for business purposes are only permitted in line with restrictions on gatherings.

Only ten members of the public and ten journalists are allowed into court due to the lockdown restrictions.

Zuma's lawyer Eric Mabuza told SowetanLIVE's sister publication TimesLIVE that his client would definitely be in attendance on Tuesday.

An arrest warrant, issued in February when Zuma failed to appear in court, was previously stayed until May 6, but the postponement of the matter during the lockdown led to it being extended until Tuesday.

In February, the court heard Zuma was too ill to be present in court during the criminal proceedings against him. Zuma's then lawyer, Daniel Mantsha, submitted a sick note from a military hospital where the former president was said to have been treated, but judge Dhaya Pillay said it was inadmissible because of inconsistencies.

Zuma is accused of receiving an annual bribe of R500,000 from his co-accused, French-based company Thales, for protection from an investigation into the controversial multibillion-rand arms deal.

Jacob Zuma set to make appearance in criminal proceedings against him

Former president Jacob Zuma will be in court on Tuesday.
News
1 year ago

MK Veteran's Carl Niehaus said followers from other provinces were encouraged to hold similar gatherings to support Jacob Zuma while adhering to the ...
News
1 year ago
Next Article