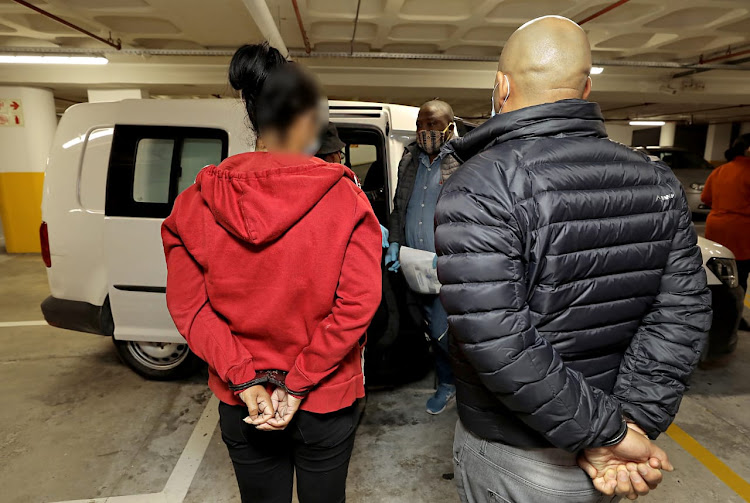 Western Cape transport department officials added to the growing list of people arrested for fraud and corruption in an ongoing vehicle registration fraud investigation, which included a syndicate allegedly comprised of police and city officials.

On Friday, police investigators from the Bellville vehicle investigation unit and provincial crime intelligence members arrested a 41-year-old man and a 46-year-old woman at the Western Cape transport department offices at 9 Dorp Street in Cape Town.

Another transport employee, a 45-year-old man, was arrested at his house in Lower Crossroads, Philippi.

Police spokesperson Capt FC Van Wyk said the officials were implicated in a syndicate in which 13 people are under investigation. He said the investigation spanned several provinces.

“This arrest is part of an extensive investigation against 13 suspects, including police and Cape Town vehicle registration officials, who are due to appear in the Bellville magistrate's court on fraud, forgery and corruption charges,” he said.

VBS Mutual Bank CFO Paul Truter was not in court as he is in Covid-19 quarantine, and will be added to the indictment this week
Business
2 years ago

“Illegal imported vehicles were fraudulently registered and police clearances fraudulently issued. The investigation continues in several other provinces to curb corruption and fraud and more arrests could be made.”

The transport department employees are expected to appear in the Bellville magistrate's court on Thursday and will face charges of fraud and corruption.

Ntabazalila said the Bellville magistrate’s court released each of them on R2,500 bail. They were ordered to report to police stations near them twice a week between 7am and 7pm.

“They may not leave the province without permission from the investigating officer and may not in any way intimidate or be in contact with any witnesses.”

The matter of the seven arrested in April was postponed to June 26 for further investigation.