DA to appeal judgment that race, gender can be used as criteria for Covid-19 small business funding 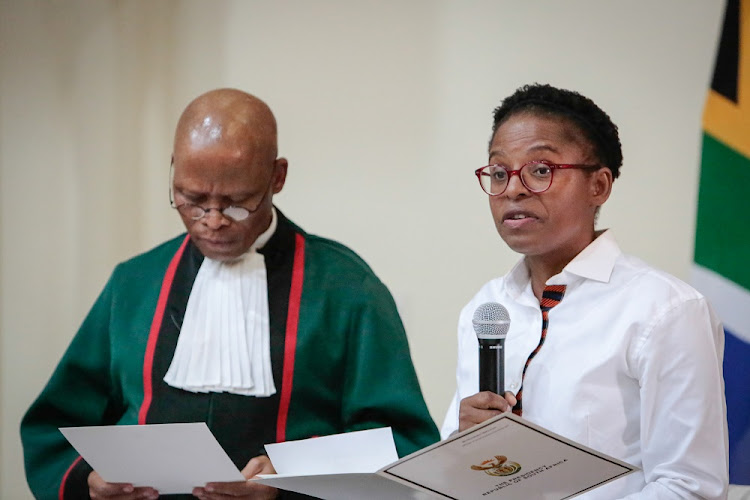 The DA says it has decided to file an appeal against a judgment on Friday which dismissed its application against the government applying race and gender among the criteria for Covid-19 relief funding for small businesses.

The DA went to court to seek an order declaring that the minister be interdicted from using broad-based black economic empowerment (BBBEE) status, race, gender, ability or disability as criteria for determining who would receive funds from the scheme and the fund.

A judgment by the full bench of the high court ruled against the DA's application.

“However, a limited form of relief must be granted by way of a review in that the present criteria have been held to be vague and thus legally non-compliant," it said. “The appropriate course of action for this court to adopt is to set aside the criteria and refer the matter back to the minister for a redrafting of the regulations in which the minister would be required to consider the role of race, gender, youth and disability in the formulation of the criteria to be applied in the new document which she is now required to prepare as the guide to the decision to disburse monies in terms of the two funds.”

The court said many of the qualifying criteria as claimed to be applied by the minister appeared to be procedural requirements, such as registration with the Companies and Intellectual Property Commission and the provision of three months' bank statements.

“By contrast, there is a substantive requirement, namely that the employees must be 70% South Africans and then there appears the statement ‘priority will be given to business owned by women, youth and people with disabilities'.”

The court said there was no guidance given at all as to how these various criteria were to be weighed by a decision maker.

“It is simply a list of criteria to be taken into account with no guidance as to how that discretion should be exercised by a decision maker.”

In its order, the court ruled that the criteria employed by the minister for determining which people or entities are entitled to receive funds under the scheme and the fund are reviewed and set aside and declared unlawful.

It said the declaration of unlawfulness does not affect any funds which have already been distributed as at the date of the judgment.

Reacting to the judgment, DA shadow minister of small business development Zakhele Mbhele said the party had decided to file an appeal to continue its fight against the wholesale entrenchment of racial criteria in government policy and administration.

He said the issue of discrimination in allocating and distributing disaster relief required urgent reconsideration in a higher court.

Mbhele said it was both morally and legally indefensible that racist criteria were used in the context of distributing disaster relief.

The official opposition party has advised finance minister Tito Mboweni to resist looking for shortcuts on Wednesday when he tables the emergency ...
News
1 year ago
Next Article