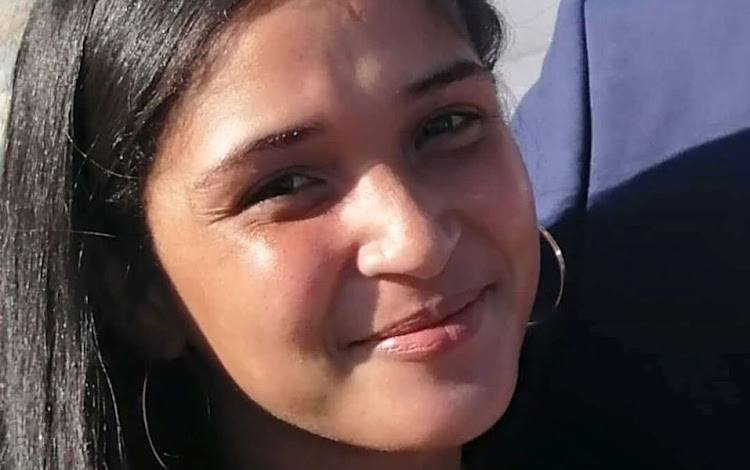 Altecia Kortje was allegedly turned away when she tried to secure a protection order a week before she and her daughter were murdered.
Image: Supplied

The murders of 27-year old Cape Town mother Altecia Kor1tje and her seven-year-old daughter Raynecia  are just one of the many recent incidents that continue to shake South Africans and reignite calls for authorities to act against gender-based violence (GBV).

This is what we know about the case:

Twenty-eight-year-old Ryan Smith was arrested and appeared in the Bellville magistrate’s court last week on charges of murder.

The two bodies were discovered by police at a house in Commerce Street in Belhar, Cape Town. Altecia had suffered multiple stab wounds and her daughter was found lying on a bathroom floor.

TimesLIVE reported Kortje that had allegedly sought a protection order from the Bellville magistrate’s court one week before her death because she feared for her life. She was apparently turned away.

The injuries to Sibongiseni Gabada's body left the undertaker traumatised.
News
1 year ago

Deputy justice minister John Jeffery said the department views the allegations in a serious light and had referred the matter to the office of the public protector for investigation.

Justice and constitutional development minister Ronald Lamola on Thursday said his department is working towards strengthening  the justice system to ensure GBV victims get justice. This includes strengthening the Thuthuzela care centres and the Domestic Violence Act.

TimesLIVE reported that he was speaking during the fifth annual Tsietsi Mashinini lecture.

The minister called on men to change their behaviour by protecting women and children as they live in fear in their communities.

Woman arrested for murdering her boyfriend in Pretoria

A 22-year-old woman has been arrested for allegedly murdering her boyfriend in Pretoria, police said on Sunday.
News
1 year ago

One police officer shot himself after a deadly domestic violence dispute while another is behind bars for allegedly assaulting his partner.
News
1 year ago
Next Article