More than 78,000 demand justice for Collins Khosa in online petition 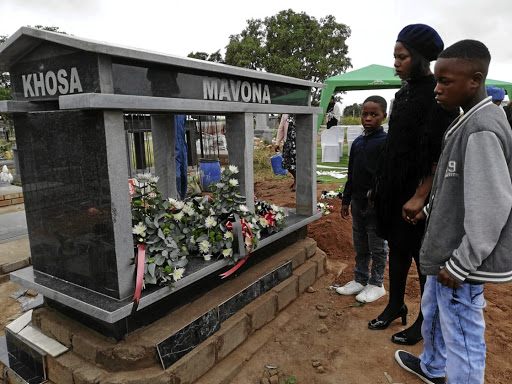 More than 78, 000 people have demanded justice for Alexandra resident Collins Khosa, who was allegedly killed by soldiers in April.

The petition was launched two weeks ago by Zinhle Masombuka, who has demanded the arrests of Khosa’s killers.

The petition reads: “We demand that members of the SANDF who murdered him be held accountable for their actions and be charged with murder. We demand that they be removed from work and put where they belong, in jail. We will not rest until Khosa finds justice and his family finds peace.”

SowetanLIVE reported that 40-year-old Khosa died on April 10  after he was allegedly assaulted by soldiers.

His life partner, Nomsa Montsa, alleged in an affidavit that Khosa had been sitting with his brother-in-law inside the yard of their Alexandra home when soldiers carrying sjamboks entered and accused them of violating lockdown regulations.

A scuffle broke out and, according to Mantsha, Khosa was taken out of the yard and was choked, had beer poured over him and was slammed against a cement wall. He succumbed to his injuries a few hours later.

An investigation by an SANDF board of inquiry  found that its members could not be held responsible for Khosa’s death.

However, SowetanLIVE reported that an investigation by the SANDF ombud is looking into the matter, together with 29 other complaints against members of the military.

A second petition, launched two weeks ago by Aslam Bezuidenhout, is also gaining momentum. Bezuidenhout said the manner in which Khosa was allegedly killed by soldiers cannot be dissociated from the death of George Floyd in the US.

He called for South Africans to speak out against security force brutality.

“For many of us who live in areas where the SANDF is not a feature, it’s very easy to pretend these issues of brutality don’t exist, to look away, scroll past the article, to never hear about these deaths.

"Collins Khosa is one of many victims who suffered at the hands of  law enforcement during this lockdown, excluding those who were criminals.”

Collins khosa we will not get justice for him. Lets be real this impunity government employees act with comes from the the actions of the ANC appointed leaders! Have we gotten Justice for Life Esidimeni victims? They got paid off and people got promotions.

A 40-year-old man was choked, beaten, and ridiculed by SANDF soldiers in HIS OWN YARD!!! His name is Collins Khosa. While rapists and murderers are still roaming freely#BlacklivesMaters #JusticeforCollinsKhosa#BLACK_LIVES_MATTER#JusticeForGeorgeFlyod

The contrasting reactions to the murders of George Floyd and Collins Khosa at the hands of the police and soldiers call for a deeper scrutiny of ...
Opinion
1 year ago
Next Article