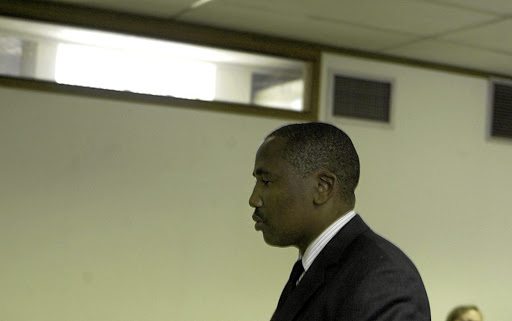 Ledwaba, a former investigating director of the Scorpions, who was in 2015 convicted of theft and fraud and sentenced to 10 years imprisonment but later acquitted on appeal in 2018 is accusing the NPA of a malicious prosecution.

The civil matter, which was instituted last year, is set to be heard in the North Gauteng High Court in Pretoria today.

Ledwaba, an attorney, was disbarred after being wrongfully accused of defrauding the Directorate of Special Operations' C-Fund by apparently submitting false claims and stealing money from a business trust involving more than R900,000.

He resigned from the Scorpions in 2005, while his name was struck off the roll of advocates in 2014.

One of the NPA witnesses against Ledwaba was former high-ranking official Lawrence Mrwebi, who was later struck off the roll as an advocate.

Parliament's standing committee on public accounts says it will be seeking answers from the previous boards and CEOs of SA Express over the collapse ...
News
1 year ago

The total amount of money they are accused of stealing by creating fictitious accounts is more than R1.5bn
News
1 year ago

In court papers, in which the minister of justice and the commercial crimes court are also cited as defendants, Ledwaba argued that despite there being no prospects of a successful conviction his representations were declined and the case was pursued.

"As a result of... conducts of the defendants, the plaintiff has suffered damaged in respect of contumelia, embarrassment, impairment of his dignity, reputation and humiliation, psychological and emotional, depression, anxiety, stress, loss of income as a senior prosecutor and practicing advocate," Ledwaba argued.

In its court papers, the NPA indicated that its own integrity management unit (IMU) which had been commissioned to investigate possible misuse or abuse of confidential funds (C-Funds) had recommended that disciplinary proceedings be instituted against Ledwaba.

"The Plantiff resigned from the employment of the second defendant prior to the institution of the said disciplinary proceedings and/or prior to the finalization of such proceedings," the NPA argued.

It stated that the IMU had also recommended that criminal charges be laid against Ledwaba and others accused of wrongdoing in its report and that led to a police docket being opened.

"It was after careful consideration of the contents of the SAPS docket together with other available evedential material that a decision to prosecute the Plaintiff was taken."