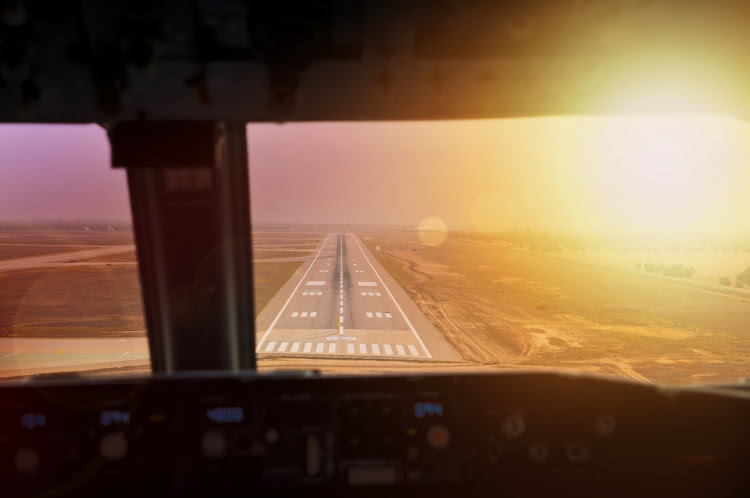 A man died on Monday after being struck by the wing of an aircraft as it landed in Graskop, Mpumalanga.
Image: ISTOCK

A 27-year-old man on his way to work with colleagues was struck by a wing of an aircraft as it landed on Monday in Graskop, Mpumalanga.

The man was struck moments after warning others to move away from the runway as the light aircraft, a Piper PA-28 Cherokee, approached.

“Four men employed by a Graskop-based construction company were on their way to work and were allegedly utilising the Graskop air strip runway,” said police spokesperson Brig Leonard Hlathi.

“Whilst on the runway [the aircraft] hit the man with the wing during landing.”

A SA Air Force transport aircraft appeared to have crashed and partially caught fire during landing on Thursday at Goma airport in the eastern ...
News
2 years ago

Medical personnel were summoned to the scene, where the victim was certified dead.

“Preliminary investigation has since revealed that before the horrific incident, the victim shouted and warned his fellow colleagues to move away from the runway as the plane was about to land,” said Hlathi.

“The report has also indicated that the four men, including the victim, are from Gauteng and came to Graskop for employment.”

Hlathi said the SA Civil Aviation Authority had been notified and would investigate the incident.

Minutes after take-off, the pilots of an Ethiopian Airlines 737 MAX were caught in a bad situation.
News
3 years ago
Next Article